Space Farming: To Boldy Grow Where No One Has Grown Before 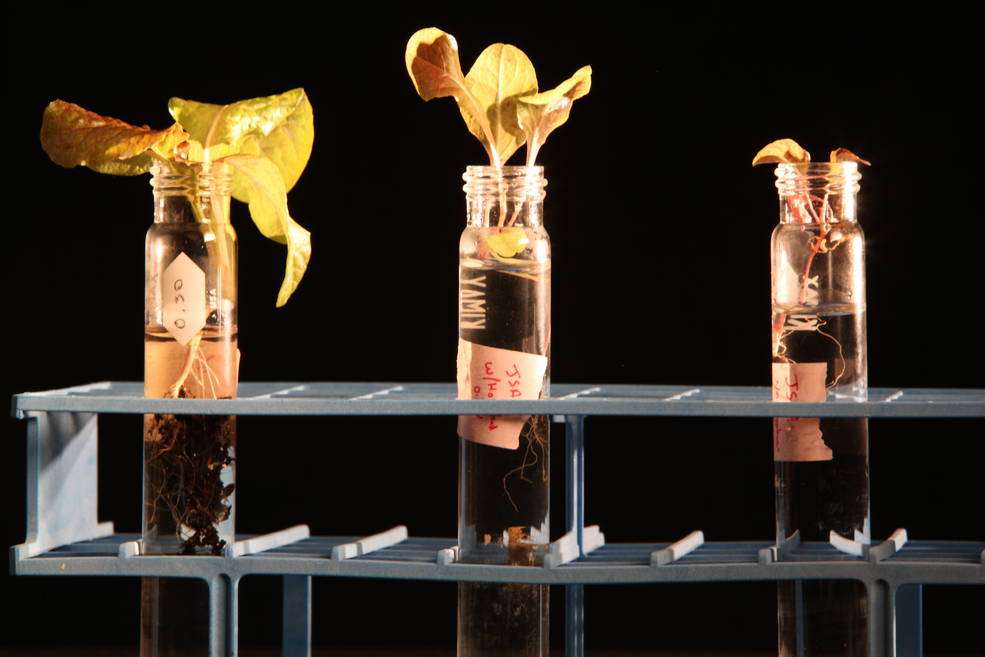 When Mark Whatney was stranded on Mars in the movie ‘The Martian,’ he grew potatoes to survive. As scientists at Kennedy Space Center find, it’s much harder to grow food on the red planet than it looks on the silver screen, but they’re making progress when it comes to out of this world agriculture.

After Ralph Fritsche’s bosses watched the 2015 sci-fi blockbuster hit starting Matt Daemon, they had one question: “Why aren’t we growing anything in Martian simulant? Can’t we grow a potato?” So he did.

Fritsche is a project manager for food production at Kennedy Space Center. In his lab at the Space Station Processing Facility, Fritsche opens the door to the potato chamber – a climate controlled growing box that looks a lot like a mini-fridge. Inside, a small bushel of dried leaves sits in red dirt. It doesn’t look that impressive.

“The movie made it seem much easier than it is in practice,” said Fritsche.

Fritsche has only been able to grow a handful of potatoes. The Martian dirt he’s using, called regolith, is fine volcanic ash. There’s not a lot of nutrients in the dirt and its texture makes water pool up, turning the regolith into a red clay. The potato plant has a hard time growing in these conditions. If our stranded astronaut was dealing with these conditions, “he would have starved in the time it’s taken me to grow the potatoes that we got,” said Fritsche.

Despite the challenges of growing spuds on Mars, space farmers are seeing success in out-of-this-world agriculture on the International Space Station. Here’s Scott Kelly and the crew tasting “Outredgeous” red romaine lettuce for the first time:

It’s part of an on-going experiment called Veggie. Seeds, in the forms of little pillows, are sent to the International Space Station. Then, astronauts on board plant them in a metal tray on the station and water them. When the plants grow, they’re harvested and in some cases, the folks down here on Earth give them the go-ahead to eat them.

Veggie Experiment Scientist Gioia Massa says the fresh food is a welcome change to the pre-packaged diet the astronauts usually have. “They made lettuce wraps with lobster salad in them, which looked really tasty,” said Gioia. “They were sharing food, and they made cheeseburgers with tortillas and a burger patty.”

Massa says NASA sent up oil and vinegar for that round of orbital romaine, and during a recent cargo resupply mission, they sent up packets of ranch dressing.

That’s because plain romaine lettuce is just that. Plain.

Back in his lab, food production manager Ralph Fritsche explains. “You go to a salad bar, you get iceberg lettuce and you put tomato and things on it, what’s the first thing you do? Well, they’re adding all these ingredients onto the salad and next thing you know the salads not very healthy, but they’re doing that because just lettuce and tomato have little flavor.”

So how do you spice up lettuce? Micro-greens. That’s right, the latest foodie trend down here on Earth might help long-duration astronauts grow food that’s packed with nutrients and tastes good without the salad-bar add ons.

“Just by selecting the right selections of greens,” said Fritsche, “you can make a really tasty salad that doesn’t require a whole lot of add-ons, so you’ve got the taste factor going for you.”

Next month, the Advanced Plant Habitat heads to orbit. It’s a self-contained plant growth experiment that will take a closer look at growing food in space.

Until then, Fritsche channels his inner Mark Whatney, doing his best to grow potatoes on Mars.