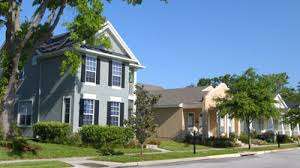 Brevard County is one of the bright spots in the Florida’s economic recovery.

That’s according to the Economic Development Commission of Florida’s Space Coast.

The commission’s senior director of business development, Gregory Weiner, says the region is replacing the jobs lost when the shuttle program ended in 2011.

“One of the biggest challenges that remain is fighting the perception that we are as challenged as we were in 2010. The fact is things are going very well on the Space Coast.”

He’ll be speaking at the Florida Realtor’s Economic Summit, which begins Wednesday in Orlando.

Statewide, Florida Realtors expects home sales to grow 10 percent and prices to climb at about the same rate in 2015.

The group credits lower gas prices and the expansion of the Panama Canal.