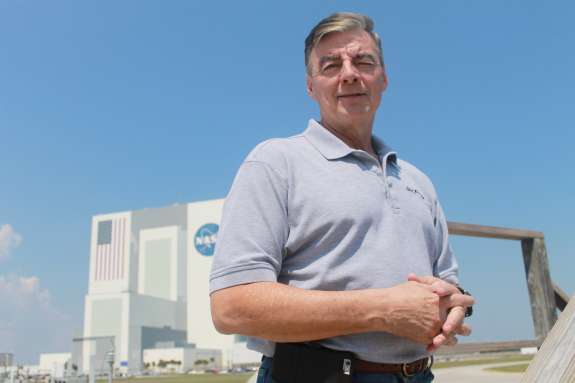 Space industry advocates are lobbying lawmakers in Tallahassee today. One of their goals is for the state to encourage more private companies to come to Florida.

Andy Allen is the Vice President of the Test and Operations Contract at the Kennedy Space Center, and is the chair of Florida Space Day this year. He said it makes sense to encourage more investment in the state’s $9 billion space industry.

“Florida’s one of them and what we’d like to see, of course, is Florida be the leader,” he said.

Allen, who is a former shuttle astronaut, said while Brevard County is still the best place to launch a rocket from- with the NASA infrastructure and proximity to the ocean- there’s no reason why companies that supply the industry can’t be spread out across the state. He said the retirement of the shuttle program was devastating for thousands of workers who lost their jobs on the space coast- but the area is picking up again.

Companies such as Boeing, Blue Origin and Space X partner up for Florida Space Day.