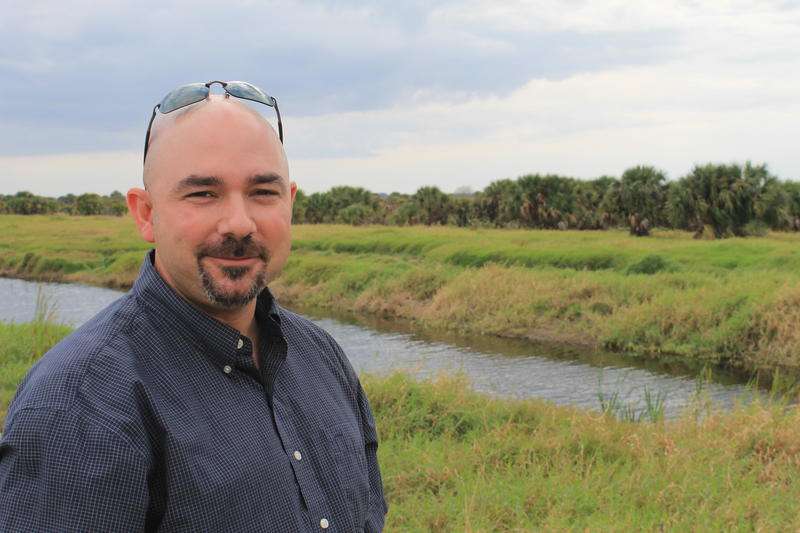 Among the cow pastures and citrus groves of Florida’s heartland north of Lake Okeechobee, patches of wetlands serve as kidneys for the Everglades.

“It filters out all of the impurities, in this case we’re talking about nutrients, phosphorous in particular,” says Ernie Marks of the South Florida Water Management District.

Marks steps through the grass framing the expanse of reeds and rushes. The vegetation sieves from the water the nutrient responsible for toxic algae blooms. Wading birds like egrets flap among the cabbage palms.

Marks says more water storage is needed here north of the lake. New research suggests the river of grass historically was much wetter than previously thought and calls for additional storage throughout the Lake Okeechobee and Everglades regions.

Both reservoirs are part of the world’s largest environmental restoration of its kind, a $17 billion rehabilitation of the Everglades. But Wendy Graham of the University of Florida Water Institute says nearly 20 years after Congress approved the effort almost no water storage has been added, and only a small amount is designed or under construction. She says the research shows Florida needs both a northern and southern reservoir.

Marks of the South Florida Water Management District says a northern reservoir could provide up to a third of the water storage needed in the Everglades. That’s important because the watershed spans central and south Florida and supports the drinking water of more than a third of Floridians.

Planning began last year, and the project could be ready for congressional approval as soon as 2019. But work on a southern reservoir isn’t scheduled to start until 2021. Negron and environmental groups want to speed that up, but Marks says the water district must follow the schedule unless the governor or Legislature direct otherwise.

“It looks at leveraging all of those benefits as we move through time. So if it makes sense to implement one project before another because you can reap a certain benefit from doing so, that was what our engineers and scientists did through developing the schedule.

The U.S. Army Corps of Engineers says it could deviate from the schedule with a state partner, like the South Florida Water Management District or another state agency.

A northern reservoir is only part of an effort to add storage throughout the region. A restoration of the Kissimmee River nearly is complete. The state also is partnering with landowners like ranchers to store water on their land.

“It’s the closest you’ll ever get to Jesus, is right here on this pier. I believe that. To me it is. I love it. I love every minute I’m out there.”

But Massie says the fish aren’t biting. For nine years she has fished here. She remembers when the lake looked cleaner.

“If we as people don’t take care of our waterways then when our grandchildren are old enough, if we live long enough to have grandchildren, what’s going to be left for them to do? I mean the waterways is the most important thing we got.”

The fight over Florida’s waterways is poised to dominate the spring legislative session.