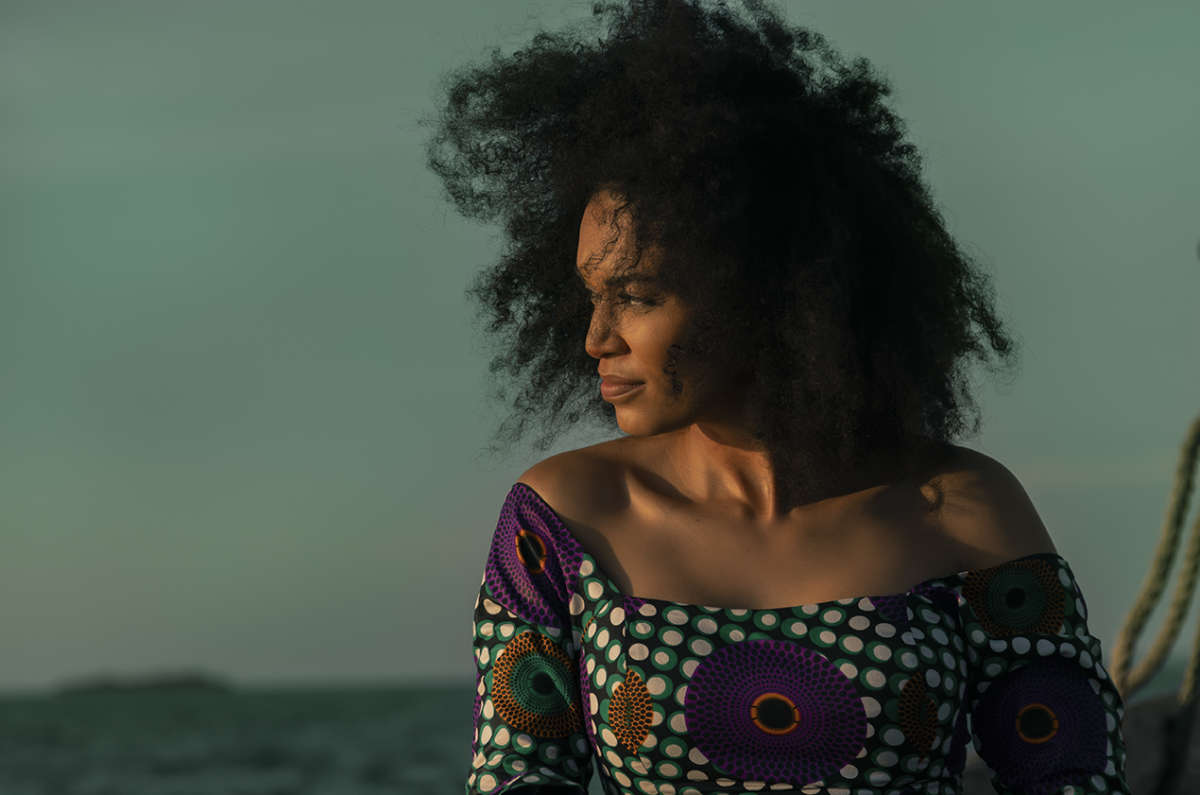 Queen Sono is both a classic spy thriller and a ground-breaking entertainment endeavor. The drama is Netflix’s first commissioned script-to-screen series from Africa, and the first such show to get major distribution in the U.S.

Filmed across the continent with a diverse cast featuring multiple languages, the show stars Pearl Thusi as a South African secret agent with a complicated past.

Creator and executive producer Kagiso Lediga has a background in stand up comedy and says his jump to a crime drama is “just a graduation of storytelling.”

“Stand up was the cheapest way to tell a story because you don’t require crews and lights and cameras,” he says. “It’s just you, and the mic, and a spotlight.”

There are a lot more moving parts now, and he acknowledges that being the first comes with some pressure.

“If you do stand up, you get into a room, you perform and you’re … representing yourself … ” he says. “People laugh? Great. People, don’t laugh? You just avoid eye contact and keep it moving.”

But when you’re making the first Netflix original fully produced in Africa?

“Everybody’s coming with this expectation,” he says. “It’s like what is the first African original? … What are we going to see?”

On why he wanted to tell a spy story

I’ve always loved the spy genre. You know, I love everything from John le Carré-type of spy stuff all the way to James Bond. And you know, what I like most about it is that you can infuse it with history. … You get to tell the story of a culture very easily.

So I thought, you know, that the world doesn’t necessarily have like a context of Africa. You know, Africa is always this place over there with kids that are covered in flies. And I thought: Africa’s way sexier, and what better way to show it off than through a spy story where you have like this great female agent who traverses the continent?

On featuring a female protagonist

For African women and for little girls to see a woman do that — you know, punching people in the face — because [those are] the kind of roles that men generally play on this continent. I wanted to flip that. I wanted to have women see themselves or see another female that’s empowered and maybe that could make a difference. You know, for like a 15 year old, 16 year old seeing Queen Sono, you know, that’s a great image. That’s, I think, something empowering for them going forward. That was sort of a driving force for me.

On Queen Sono being haunted by the murder of her mother, an anti-apartheid activist

Our recent history is apartheid. And it kind of is like the ghost — it is the elephant in the room. The legacy of apartheid is everywhere. It’s pervasive in general society. And for me, it’s very important that that narrative doesn’t get lost.

You know, like for young people who … might have been born 10 years ago, for them, it might just be regular that black people are always working on the side of the roads while, you know, the yards and the spaces are owned by white people. If you don’t sort of explain why that is, people are just gonna think that’s how God intended it. … The universe just likes it that way, you know?

And so I felt in this piece of entertainment, it’s important to tell that history. … I thought it would be like a cool thing to imbue the story with the history and see how that goes.

So you come with a spy thing and people recognize all the tropes, then they’ll go: ‘It’s not original.’ … And then you get people who get it and they’re like: ‘Oh, my God, this is unbelievable to see ourselves, to hear our languages.’ …

So then at some point you just have to kind of grow a thick skin and go with it, because we knew that it was going to be a tightrope walk, because you can’t please everybody, but you’re going to try to make something very original and fun — and I think we succeeded in that.

On how he’s doing in Johannesburg, during the coronavirus pandemic

We’re good. In my town, it’s illegal to go jogging or to walk your dog. So luckily, my dog is really, really old. So walking it would probably kill it. But it plays a little bit in the garden. It’s winter — winter’s starting. So that could also be bad news because it’s when people get flus and all of that type of stuff. But I think as a nation people are staying at home. We’re doing our best.

Eliza Dennis and Tinbete Ermyas produced and edited this interview for broadcast. Beth Novey adapted it for the Web.