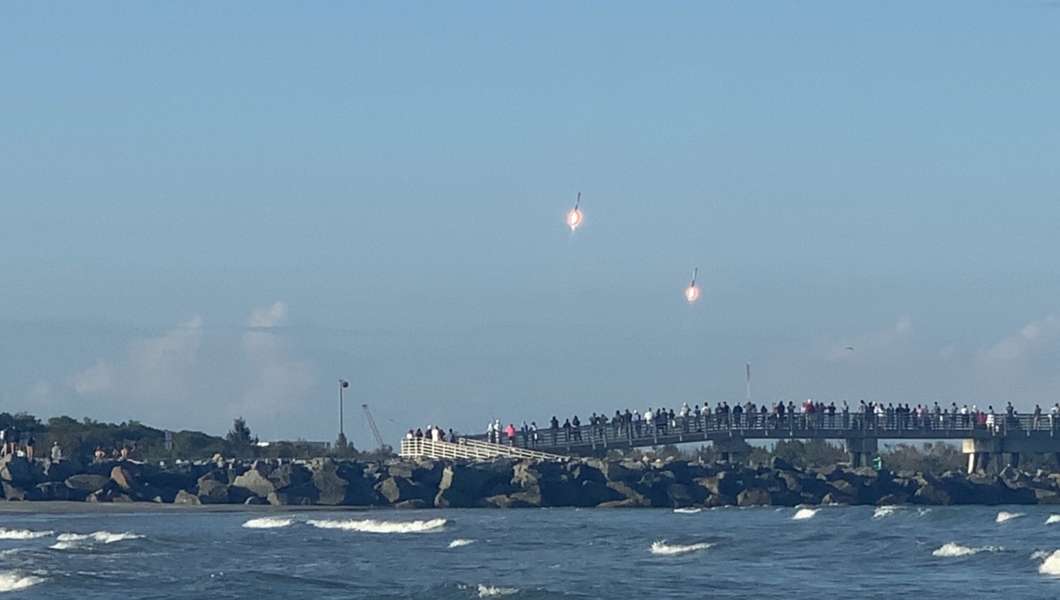 Sonic booms signaled the return of two nearly 200 foot tall boosters as they fell out of the sky and landed at Cape Canaveral.The third booster successfully landed on a drone ship in the Atlantic — a first for SpaceX’s Falcon Heavy rocket. SpaceX recovers the boosters and reuses them to reduce the cost of access to space.

The rocket launched a school bus sized Saudi Arabian satellite into orbit. It was the first operational mission for the Falcon Heavy. The private company will fly the rocket again this year on a test mission for the Air Force.