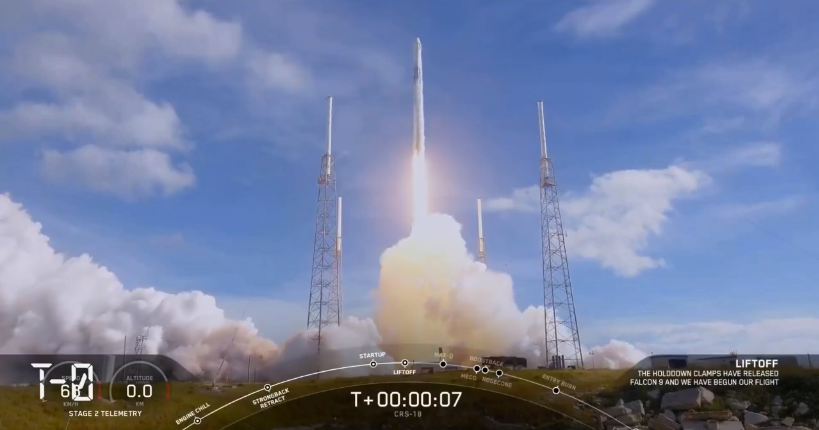 Sonic booms rattled much of Central Florida after a successful SpaceX launch and landing Thursday. The launch from Cape Canaveral comes after a 24-hour delay due to weather.

SpaceX’s Falcon 9 rocket launched a Dragon capsule packed with more than 5,000 pounds of supplies to the International Space Station.

Along with crew supplies, the spacecraft is delivering science experiments and a new docking adapter for the station. Once installed, it will allow more space vehicles to park at the space station.

SpaceX successfully landed the first stage of the rocket at Cape Canaveral. Its return triggered sonic booms that were heard throughout much of Central Florida. The private company reuses parts of the rocket, like the booster, to lower the cost of access to space.

It will take two days for the Dragon capsule to make it to the station. It will be the capsule’s third visit to the orbiting outpost.