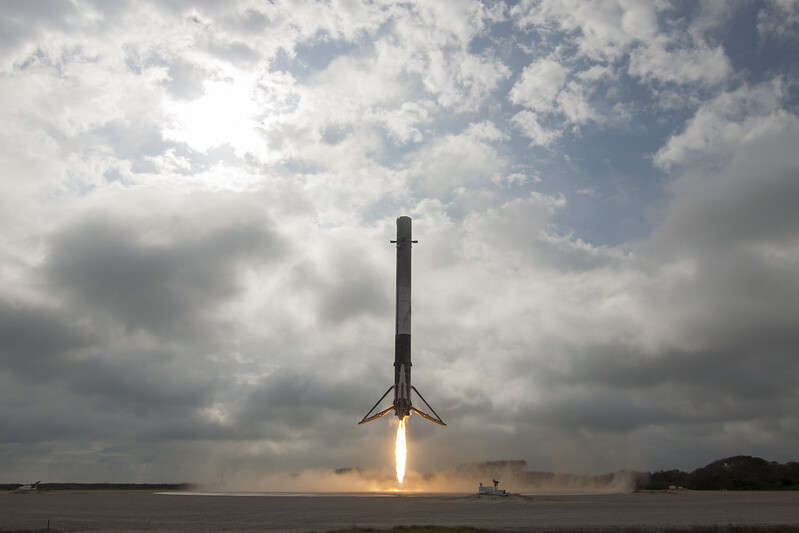 In this file photo, SpaceX lands the first stage of a Falcon 9 booster at LZ-1, located on Cape Canaveral. Photo: SpaceX

A planned SpaceX launch Thursday evening could bring sonic booms to the region.

SpaceX is launching a surveillance satellite for the Italian Space Agency on its Falcon 9 rocket from Cape Canaveral Space Force Station.

Less than 10 minutes after launch, SpaceX plans to land the first stage booster back at Cape Canaveral. It’s return will cause loud sonic booms that could be heard across Central Florida.

SpaceX routinely lands the first stage boosters for reuse, although most of the past landings have been on a barge at sea.

The launch of the Italian satellite is heading on a southward trajectory. The U.S. Space Force is urging boaters and pilots to carefully monitor restricted zones ahead of the launch attempt.

Another Falcon 9 launch is scheduled on Saturday afternoon, launching SpaceX’s Starlink satellites which will join a growing constellation of broadband satellites blanketing the globe. Launch weather is favorable but Space Force forecasters call for high weather risk for booster recovery.