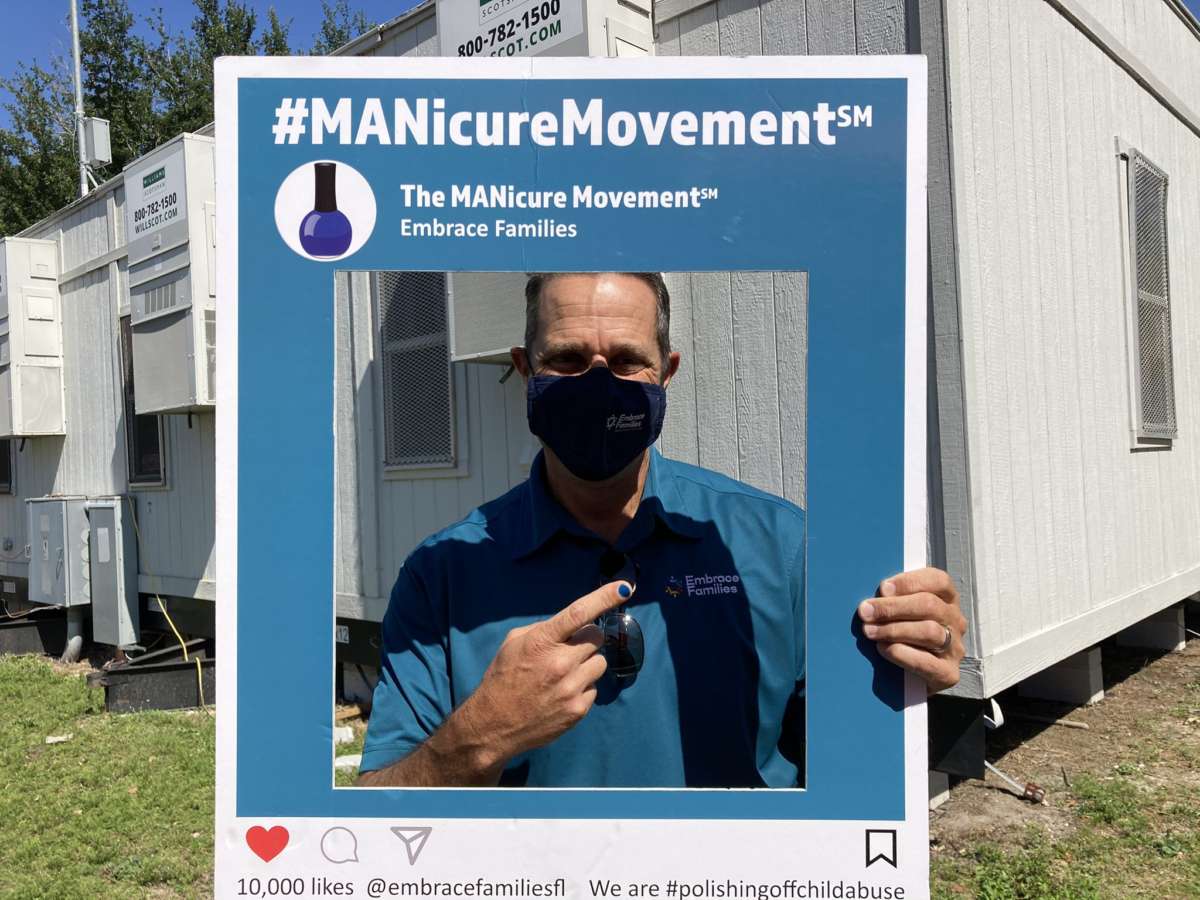 Today construction workers at the EA Sports site at Creative Village got one fingernail painted blue to raise awareness for child abuse. It’s part of the MANicure movement that was launched by the local nonprofit Embrace Families.

The workers got one fingernail on each hand painted blue to symbolize the 1 in 5 children in the US who will be abused before the age of 18.

“But it sparks a conversation and people say, you know, wow, I had no idea. Wow, I didn’t realize that this was real in our society. And so it’s, it’s been a great opportunity for us to spread the word about child abuse and make sure that people know that they have a little bit of a responsibility to help keep children in our community safe.”

“But if we can create this awareness and people can understand, maybe we can put a stop to this and that’s the goal. The goal is zero abuse. But, you know, sometimes it’s hard to believe that you can get anywhere near but we’re giving it our best to try.”

If you or someone you know is being abused, whether physically, emotionally or verbally, please call the National Domestic Violence Hotline. Call 1-800-799-SAFE (7233) 24 hours a day, 7 days a week.

If you’re wondering why my nails are blue, I have a good answer. I’ve joined @embracefam to support its MANicure Movement to raise awareness of child abuse as a preventable health concern during “National Child Abuse Prevention Month.” pic.twitter.com/xF7J3Jw1jx