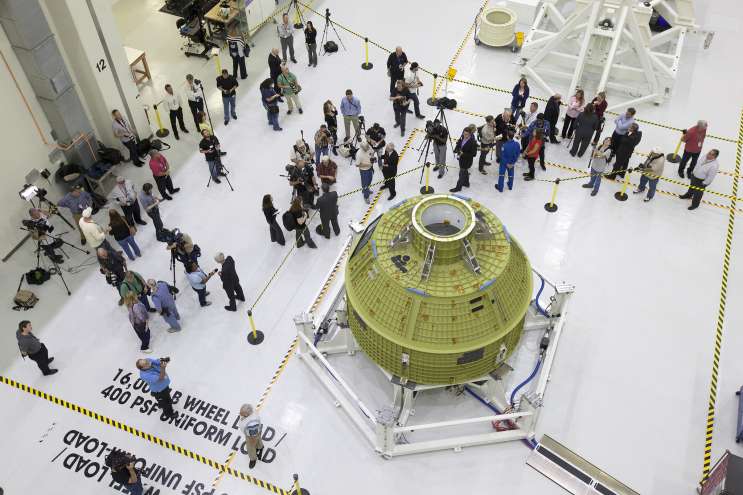 On the last episode of this podcast, we talked with Stu McClung, an engineer working on the Orion space capsule. If you remember, this is the capsule that’s going to take humans into deep space.

The interesting thing about the Orion capsule is that it’s being put together at Kennedy Space Center where it will eventually launch. That’s a new technique for NASA. In the past, capsules were shipped to KSC fully assembled.

Now, only the shell of the capsule is shipped to Kennedy. Once it arrives, some assembly is required, like outfitting the computers, consoles, outer shell and heat shield.

Now, it’s redesigned to piece together Orion. Today, the Orion capsule that NASA plans to use on Exploration Mission 1 is being worked on. What they call the pressure vessel arrives from a factory in New Orleans. It’s basically just the inner shell of Orion with holes cut out for windows and hatches.

NASA Engineer Scott Wilson and his team handle the rest.