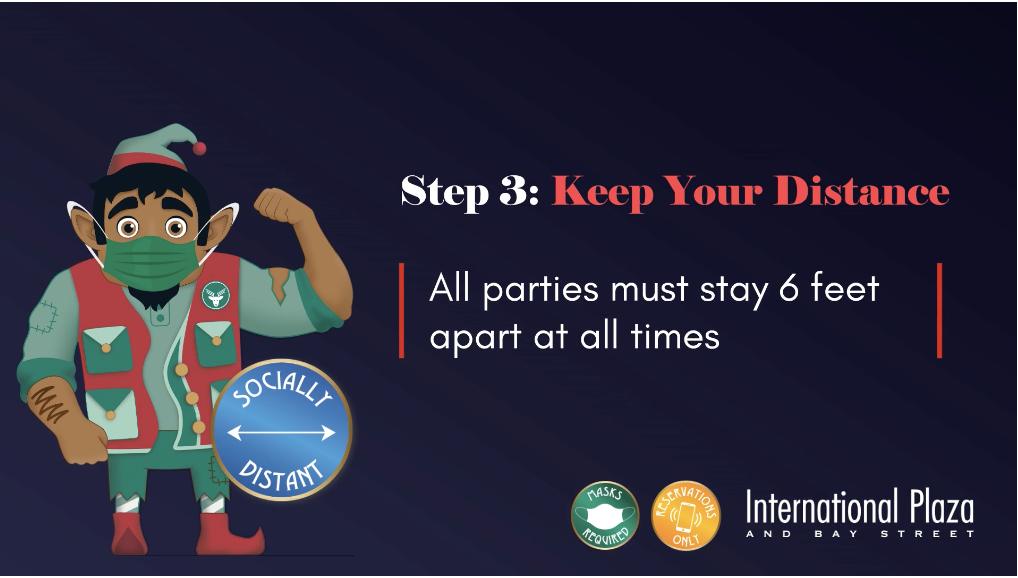 Flash, Santa's reindeer caretaker, says people are required to keep a distance of 6 feet at all times. INTERNATIONAL MALL WEBSITE

From canceled trick-or-treating plans to Thanksgiving get-togethers without grandparents, the coronavirus is changing holiday celebrations for children.

Now, malls are having to rethink the tradition of allowing children to sit on Santa’s lap in order to follow guidelines in place because of the pandemic.

Some malls in Florida will place Santa behind plexiglass windows. Cherry Hill Programs, a company that brings Santa into malls across the country, says it will disinfect Santa’s suit with Lysol between shifts. The company will also host virtual meetings with Santa for those who want to avoid crowds.

Officials at International Plaza in Tampa won’t go that far, but they will follow rules set by the Centers for Disease Control and Prevention.

The mall plans to have a socially-distanced Santa interaction, said Lindsay Grinstead, marketing and sponsorship director at International Plaza.

Families will now have to make a reservation online to see St. Nick. Grinstead said this will limit the time waiting in lines for those who want a picture with Santa.

“We felt that we needed to be prudent in our decisions and take into account Santa’s health and the safety of our team as well as our shoppers,” she said.

The window for kids to see Santa at International Plaza is also changing, Grinstead said. Instead of Nov. 5, they’ll have to wait until Nov. 27. He’ll still stay until Christmas Eve for those late shoppers, she said.