So You’ve Heard Orange County is Rolling Back its Face Mask Mandate: Here’s How That is Going To Work 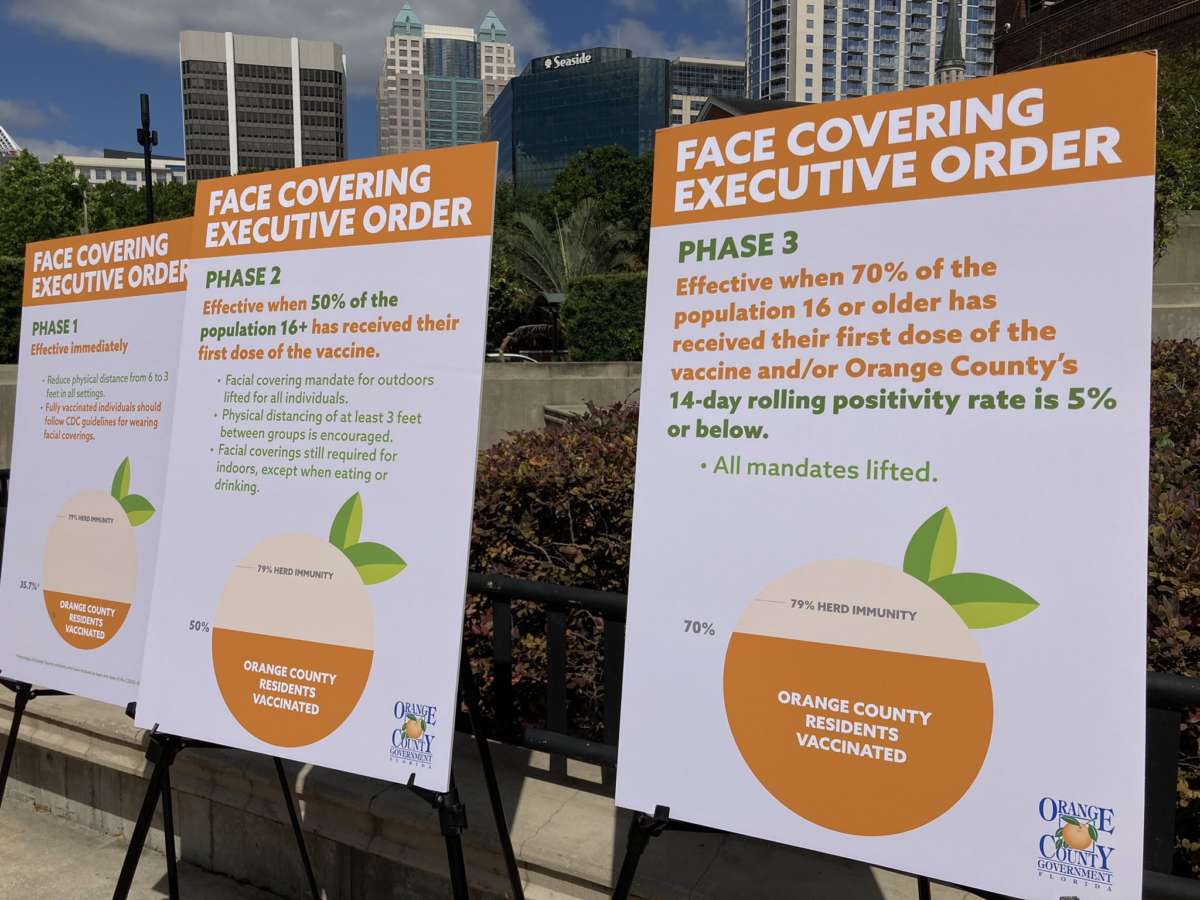 Orange County Mayor Jerry Demings says the county has begun a three-phase approach to ease out of a countywide mask mandate. The change comes after the CDC announced new guidance that fully vaccinated people don’t need to wear masks outside, except in large crowds.

Mayor Jerry Demings says face masks won’t be required outdoors in phase two, when 50 percent of residents 16 and up have had at least one dose of the vaccine.

And he says no masks will be required at all in phase three, when 70 percent of those residents have gotten at least one shot and the 14 day rolling positivity rate is at or below 5 percent.

“The goal there is to get closer to the percentage of herd immunity to protect all of us. And again, what we’re talking about is 70 percent of the population 16 and older not the entire population.”

Demings expects the county to close in on herd immunity – and phase three of this end to the mask mandate – in the next few weeks.

He says currently some 43.4 percent of people 16 and over in the county have gotten at least one dose.

“I’m making this announcement with caution. I do not want us to get complacent. 1,239 residents have died in our community so far from the virus and 135,000 plus have contracted the virus.”

Demings says if you don’t know whether a person near you is vaccinated, it’s best to mask up for safety.