Sleeping In Space & “Woman In Motion” 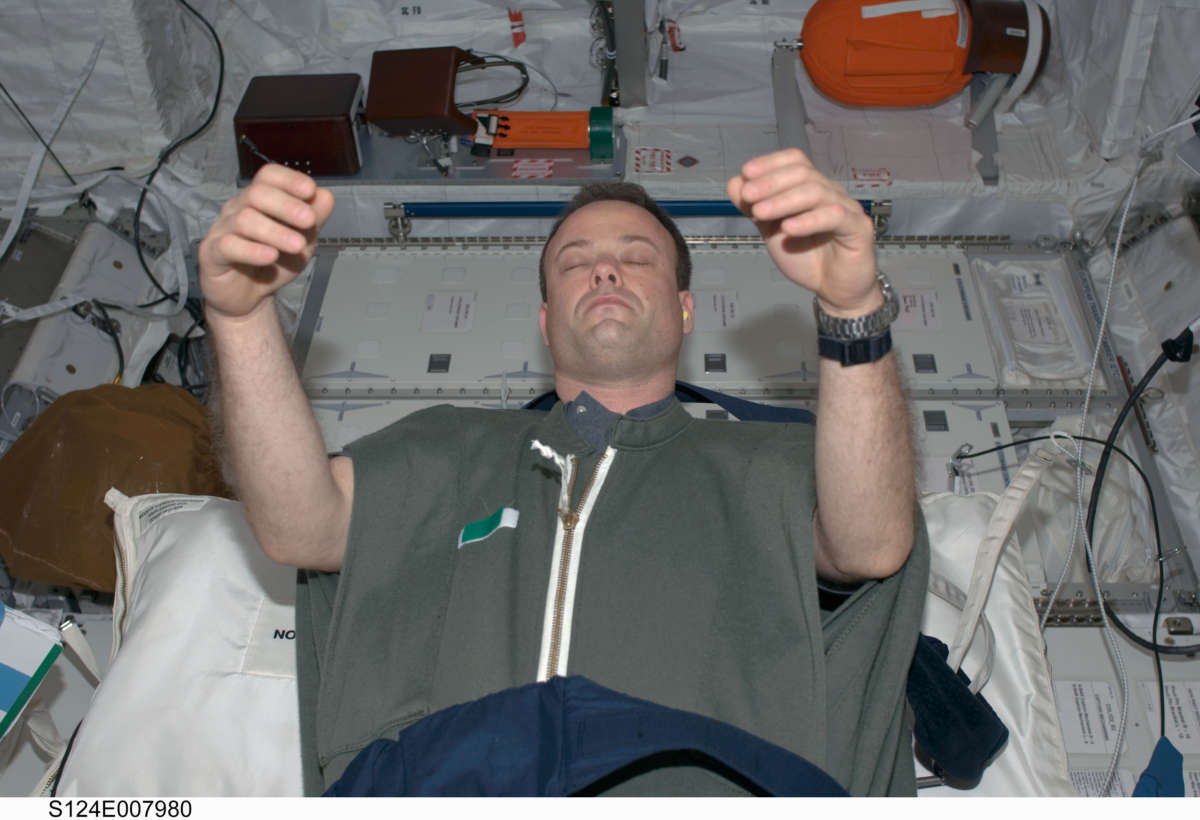 Astronaut Ron Garan, STS-124 mission specialist, sleeps in his sleeping bag in the Columbus laboratory of the International Space Station while Space Shuttle Discovery is docked with the station. Photo: NASA / JSC

Later this week, a new crew will launch to the International Space Station from Kennedy Space Center here in Florida. When the four astronauts arrive in SpaceX’s Dragon capsule about a day after launch, they’ll join the seven already on board bringing the total number of people on the station to 11.

But here’s a small problem — there’s only 7 permanent bedrooms for astronauts. So where will some of these astronauts sleep? We’ll speak with retired NASA astronaut Nicole Stott about the plan to house these bedless astronauts and the joys of sleeping in space.

Then, Star Trek actor Nichelle Nichols took on an ambitious project to recruit more diverse candidates for NASA programs at the start of the Space Shuttle program in the 1970s.

She recruited more than 8,000 African American, Asian and Latino women and men for NASA in the 1970s and 80s, turning NASA into one of the most diverse agencies in the United States Federal Government.

The documentary Woman in Motion looks at the efforts and motivations of Nichols who asked the next-generation of space explorers: “Where are my people?” We’ll speak with director Todd Thompson about the film.