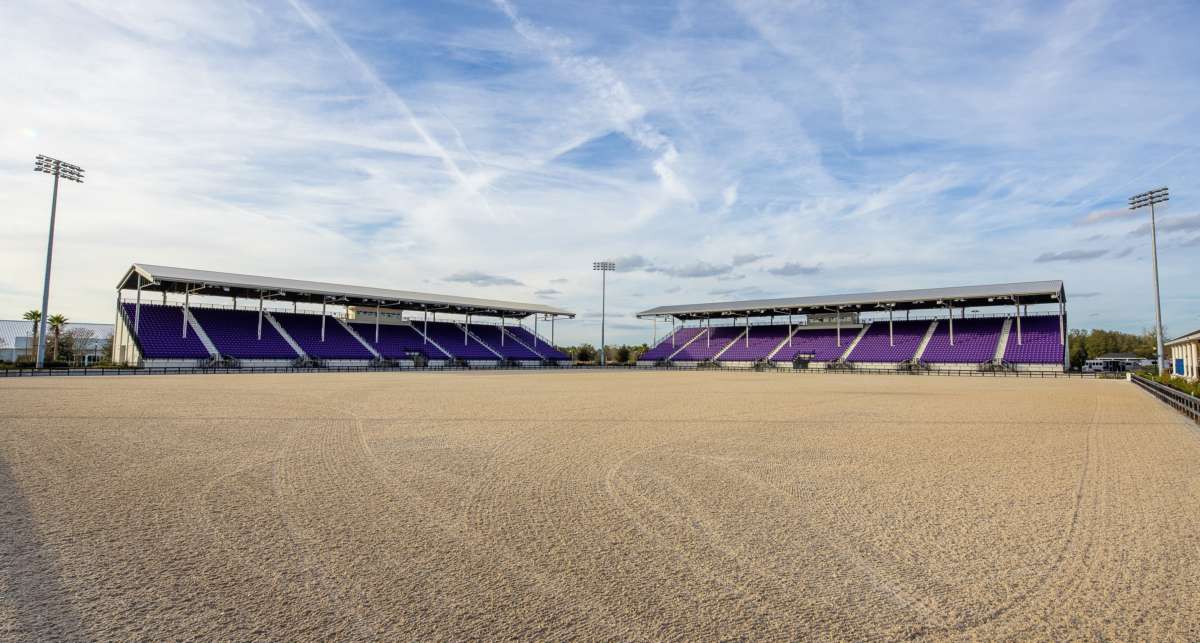 The World Equestrian Center near Ocala has many venues, including a large stadium. Photo: Maven Photo & Film

The huge new World Equestrian Center near Ocala is going to help Marion County Public Schools make it through graduation season during the pandemic.

Six of the district’s seven high schools will hold their commencement ceremonies in its open-air stadium.

The new complex in Marion County advertises itself as the world’s largest indoor-outdoor equestrian center.

In its 6,000-seat stadium, the high schools can limit capacity and still allow more attendees.

This year each graduate will get six tickets.

During a meeting Monday, Beth McCall and fellow School Board members supported the plan.

“We’ve done a really good job in Marion County Public Schools,” she said. “And I don’t at the end of this year want to get into a problem. So I think allowing six, versus what we had last year of two, everybody should be very pleased.”

The schools will be able to limit capacity to 50 percent, though West Port High will have a few more.

“[B]y doing the 50 percent plus a little for West Port and the masks and being outside, we’re doing our best, you know, to really cover all the bases,” School Board Chair Nancy Thrower said. “I love the idea of having it at World also for parking and safety.”

Vanguard graduates are the exception. They’ll march at the Southeastern Livestock Pavilion.