Singapore Wins Praise For Its COVID-19 Strategy. The U.S. Does Not 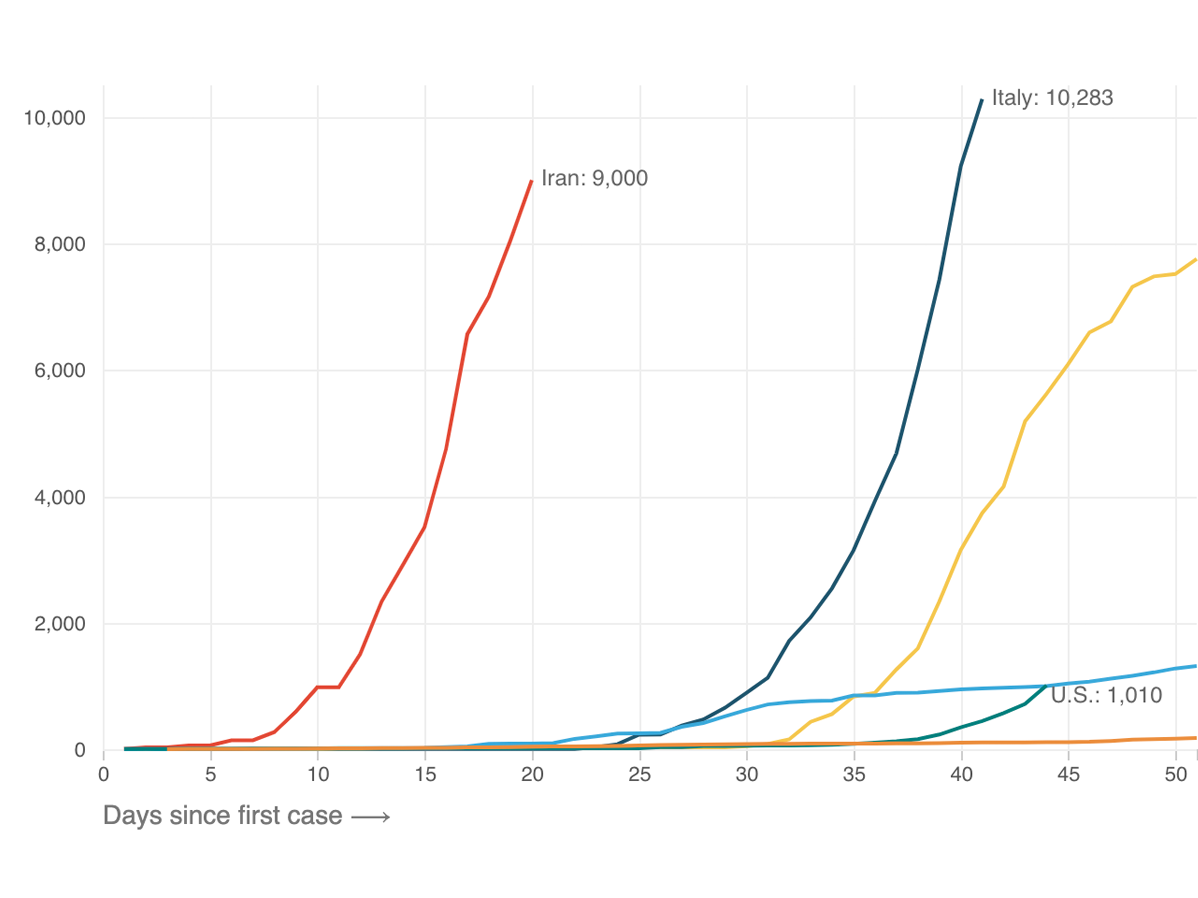 Hong Kong and Singapore were hit early with the coronavirus. But each now has fewer than 200 cases, while France, Germany and Spain, which were hit late, all have more than 10 times that number.

These dramatic differences show that how governments respond to this virus matters, says Mike Ryan, the World Health Organization’s head of emergencies.

“Hope is not a strategy,” says Ryan, who is an epidemiologist. “We are still very much in the up cycle of this epidemic.”

The veteran of numerous global health crises, from SARS to bird flu to Ebola, Ryan points out that incredibly aggressive measures by China, South Korea and Japan appear to be bringing outbreaks in those countries under control.

“There’s clearly an indication that a systematic government-led approach using all tactics and all elements available seems to be able to turn this disease around,” he says.

He has been pleading with governments around the world to prepare for the new coronavirus before it shows up at their door — or to spring into action when it does arrive.

That’s what Hong Kong and Singapore did.

Both quickly set up systems to try to identify and treat every case in their territory. Hong Kong developed diagnostic tests and rapidly deployed them to labs at every major hospital in the city. At one point in February, Hong Kong had 12,000 people in quarantine. Singapore’s prime minister called for calm and assured residents that all health care related to the disease would be free.

Both Hong Kong and Singapore continue to find a few new cases each week, but they’ve avoided the explosive outbreaks that have occurred elsewhere.

Ashish Jha, who runs the Harvard Global Health Institute, says the response to the coronavirus has varied dramatically around the world. “Some countries have been very aggressive and have actually done quite a good job,” he says. “Other countries have been quite lackadaisical and, I think, have suffered immensely from it. And I think there are lessons to be learned for all of us.”

Italy and Iran both fall in the latter category. Jha says that before cases of COVID-19 were first diagnosed, Italy and Iran appeared to be in denial about the disease.

“I mean, you had the Iran deputy health minister coughing on national television talking about coronavirus,” Jha says. “But really not taking it seriously.”

That deputy health minister later tested positive for the virus.

As people started to get sick, neither Italy nor Iran did much testing. They were slow to stop mass gatherings. Eventually both countries were overwhelmed with cases.

So how has the United States’ response been?

“Our response is much, much worse than almost any other country that’s been affected,” Jha says.

He uses the words “stunning,” “fiasco” and “mind-blowing” to describe how bad it is.

“And I don’t understand it,” he says incredulously. “I still don’t understand why we don’t have extensive testing. Vietnam! Vietnam has tested more people than America has.” (He’s citing data from earlier this week. The U.S. has since started testing more widely, although exact figures still aren’t available at a national level.)

The Centers for Disease Control and Prevention started screening overseas travelers for coronavirus in mid-January. But the initial test kits developed by the CDC were flawed, and it took weeks to sort out the problems. It’s only this week that wide-scale testing has started to become available in the United States.

Jha believes that the weekslong delay in deploying tests — at a time when numerous other tests were available around the world — has completely hampered the U.S. response to this crisis.

“Without testing, you have no idea how extensive the infection is. You can’t isolate people. You can’t do anything,” he says. “And so then we’re left with a completely different set of choices. We have to shut schools, events and everything down, because that’s the only tool available to us until we get testing back up. It’s been stunning to me how bad the federal response has been.”

He says right now there are probably five to 10 times as many cases out in the community as have actually been detected. Until these individuals are found, they are likely to infect more people, he says, and the outbreak in the United States is just going to continue to grow.