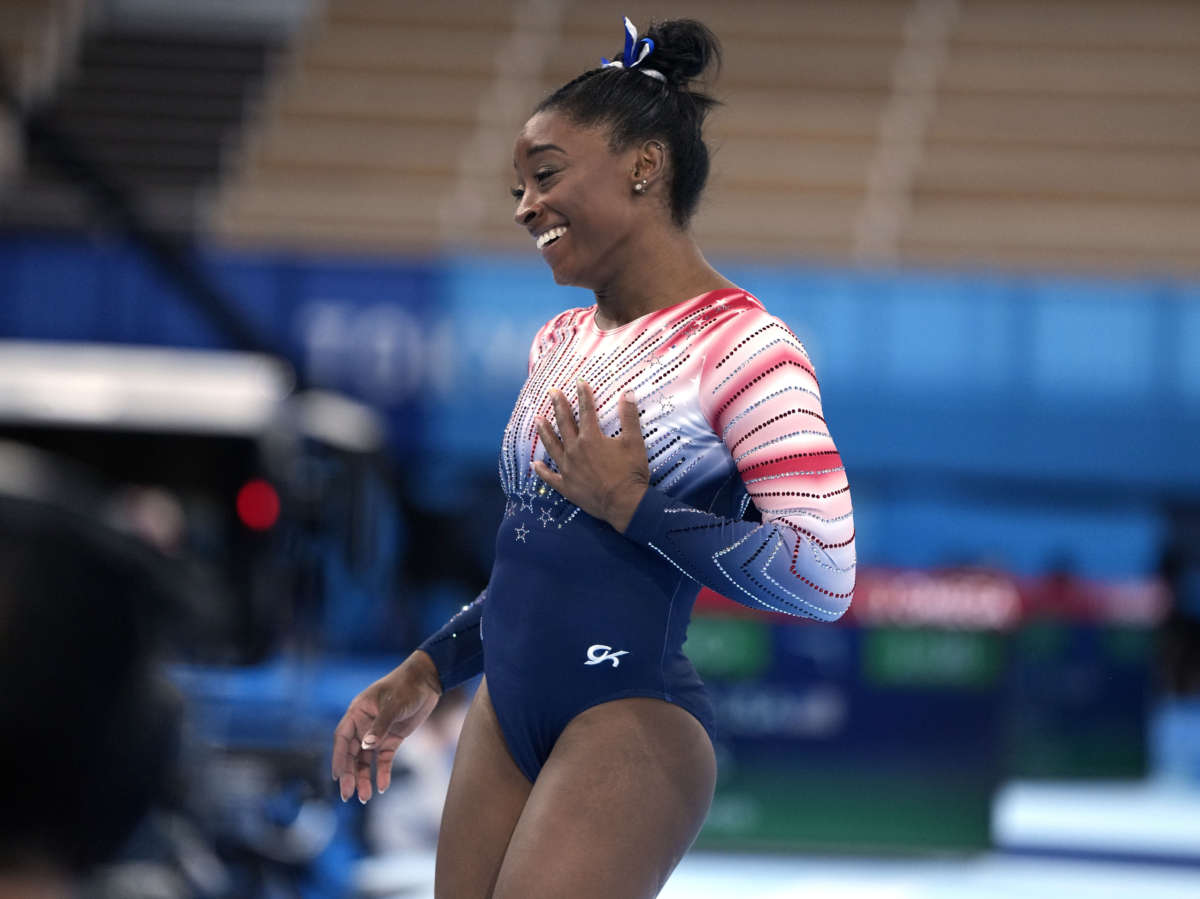 TOKYO — After pulling out of multiple events to focus on her mental health, U.S. star gymnast Simone Biles was back on the mat for Tuesday’s balance beam final at the Tokyo Olympics. And she won a bronze medal.

“I wasn’t expecting to walk away with a medal, I was just going out there to do this for me and whatever happens, happens,” Biles said after competition, adding that it “just meant the world to be back out there.”

Biles looked happy and relieved after dismounting the four-inch-wide beam, smiling and waving at the crowd to roaring applause in the nearly empty stadium.

Judges gave her a 14.000 score for a set that included a “wolf turn” and a double-pike dismount.

It’s the seventh gold medal for Biles, bringing her even with Shannon Miller as the U.S. gymnast with the most medals ever.

U.S. gymnast and all-around individual champion Sunisa Lee started her routine cleanly and saved herself from a near-fall in the final seconds, scoring a 13.866. She ended up placing fifth.

“I’m really proud of myself, I’m actually super happy with the way this turned out,” Lee said. “I really love Simone and just having her by my side was super great because she is a role model to me.”

Biles said last week that she was dealing with a dreaded and terrifying phenomenon know as the twisties. She withdrew from the team final shortly after a difficult first vault, and then pulled out of the individual all-around and the three other event finals.

“It wasn’t easy pulling out of all those competitions. I physically and mentally wasn’t in the right headspace and I didn’t want to jeopardize my health or my safety because at the end of the day it’s not worth it,” Biles said. “My mental and physical health is above all medals that I could ever win.”