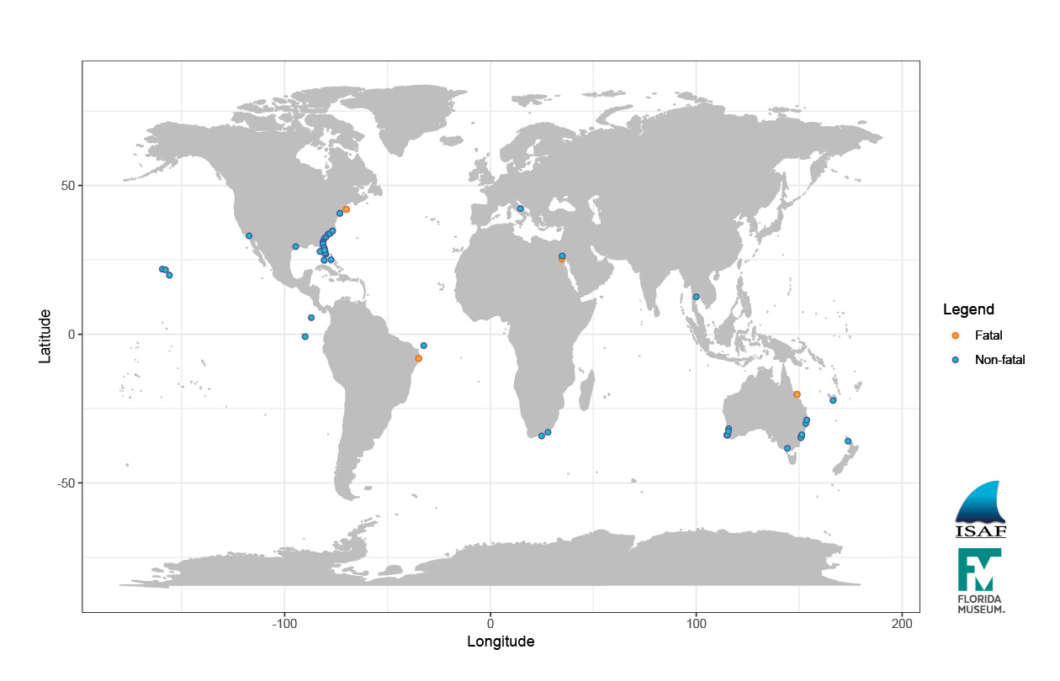 The dots on this map represent the locations of unprovoked shark bites in 2018. Fatal attacks are in orange. Florida Museum image by John Denton

The University of Florida’s International Shark Attack File documents 66 bites in 2018, compared with 88 the previous year. That’s 26 percent lower than the five-year average of 84 bites annually.

Florida led the country with 16 unprovoked shark bites, down from 31 in 2017. The shark attack capital of the world, Volusia County, had four bites, compared to nine the year before.

Gavin Naylor of the Florida Museum of Natural History’s shark research program says it’s unknown whether the drop can be attributed to more people heeding beach safety warnings or to declining shark populations. Naylor cited an apparent shrinking of Florida’s blacktip shark populations – the species most commonly involved in the state’s shark bites – as a possible factor in the drop in attacks.

Naylor said beachgoers need to learn about shark behavior in areas such as Cape Cod, Massachusetts, where great white sharks have followed a rebounding seal population.

With additional reporting from the Associated Press.