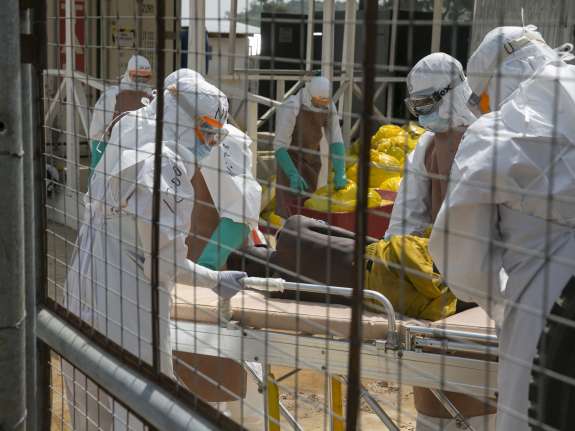 Sierra Leone, the country hardest-hit by an ongoing Ebola outbreak, has imposed a lockdown in the country’s north in an effort to contain the spread of the deadly virus.

The BBC quotes local officials as saying that shops, markets and non-Ebola related travel would be shut down. Many public Christmas celebrations had already been banned, according to Reuters.

The U.N. World Health Organization says Sierra Leone has confirmed 1,039 cases of Ebola in the past three weeks, compared to 328 in Guinea and 121 in Liberia. The three West African nations account for well over 99 percent of all infections and deaths in the current outbreak of the disease that began in March.

On Wednesday, NPR’s Rob Stein reported that federal officials were investigating the possible mishandling of the Ebola virus in a U.S. lab.

Rob says: “The incident involved the material used in an experiment with the Ebola virus, the CDC said in a statement released late Wednesday. The material was accidentally moved from a high-security lab to a low-security lab on Monday. As a result, there’s a possibility that one lab technician may have been exposed to the virus. That person will be monitored for 21 days for any symptoms.”