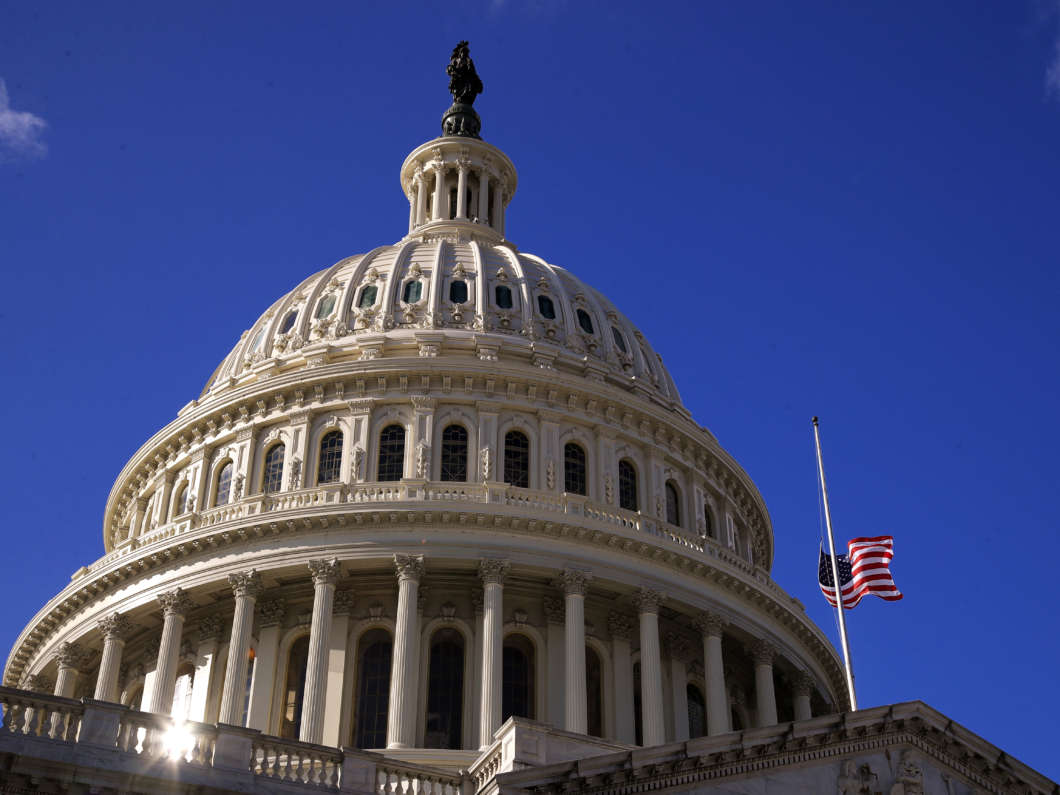 President Trump issued a series of angry tweets blaming Democrats in Congress for the impasse, which will affect some 800,000 federal employees.
Image credit: Manuel Balce Ceneta

With no deal in sight to keep the government funded, hundreds of thousands of federal employees will either not be returning to work after holiday vacations or will be back on the job but without pay.

President Trump reiterated Tuesday that he is in no mood to compromise over funding for a wall along the southern border, and Democrats who oppose the measure are showing no signs of budging either.

“I can’t tell you when the government’s going to be open,” the president said in a Christmas Day video conference with representatives of all five military branches stationed in Alaska, Bahrain, Guam and Qatar.

“I can tell you it’s not going to be open until we have a wall or fence, whatever they’d like to call it,” Trump said, suggesting that a change in semantics might allow for a breakthrough. “I’ll call it whatever they want, but it’s all the same thing.”

“It’s a disgrace what’s happening in our country,” Trump said in the Oval Office. “But other than that, I wish everybody a very Merry Christmas.”

The partial shutdown, which began Saturday, was triggered by a lapse in funding for a quarter of the government’s departments and agencies. It affects some 800,000 government workers. Workers deemed nonessential will be furloughed, while “essential” workers will be required to report to their jobs, but with no guarantee of a paycheck.

The president, who canceled plans to retreat to Mar-a-Lago, his Florida estate, for the holidays, instead remained at the White House, where he issued a series of angry tweets over the shutdown. He has blamed Democrats for the impasse, which came to a head over the weekend after lawmakers refused to agree to $5 billion in funding to begin building a border wall or fence, something the president has long championed. Democrats say a physical barrier would be expensive and ineffective.

When he was campaigning for president in 2016, Trump told supporters that the wall would be built and that Mexico would pay for it.

Senate Democratic leader Chuck Schumer of New York suggested that the president’s insistence on a wall is little more than an attempt to mollify his political base.

“Instead of bringing certainty into people’s lives, he’s continuing the Trump Shutdown just to please right-wing radio and TV hosts,” Schumer said in a joint statement issued on Christmas Day along with House Democratic leader Nancy Pelosi of California.

“The president wanted the shutdown, but he seems not to know how to get himself out of it,” the Democratic leaders added.

Sentiment on Capitol Hill is that the closure could continue through the middle of January as tentative efforts at a compromise have been unsuccessful.

As Politico reports, “While Trump has told allies he’d be willing to come down from his demand for $5 billion in border wall money, Democrats have stood firm on $1.3 billion for fencing, consistent with current spending levels. On Saturday, [Vice President Mike] Pence offered Schumer a bill to reopen the government that would provide $2.1 billion for fencing and an additional $400 million for Trump’s other immigration priorities; Democrats countered with $1.3 billion in fencing and more aid for Puerto Rico as part of a disaster package, according to a person familiar with the talks, which essentially recirculated past offers.”