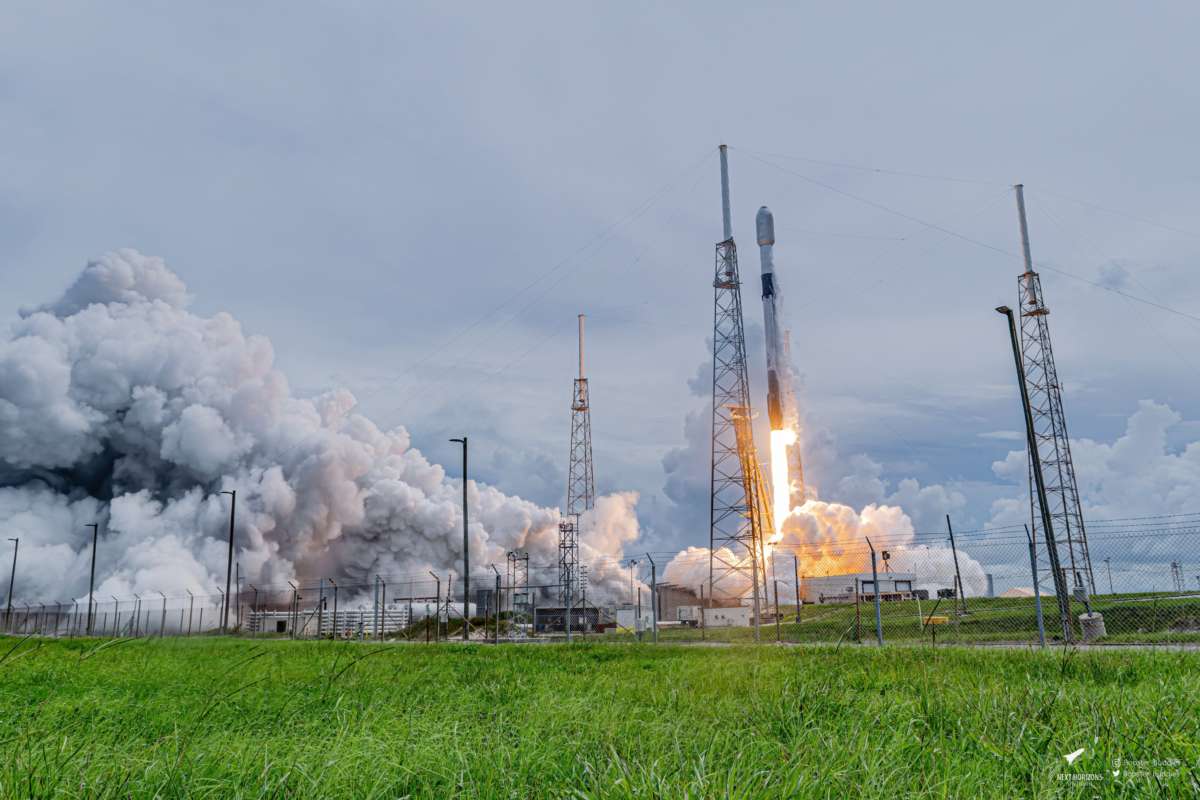 A SpaceX Falcon 9 rocket takes off, leaving behind a cloud of smoke. Photo: Matt Cutshall

Matt Cutshall is manager of content for Next Horizon Spaceflight, working with SpaceX and NASA for launches, but his love of space came years before that.

“I attended a NASA social when I was younger and it took the love of space and rocket launches and took it into overdrive,” Cutshall said. “It’s an addiction now.”

A launch day for Cutshall begins with his commute from Orlando to the launch site, about an hour drive. He then begins the process of getting cameras in place to capture the launch. The entire process takes two day, with day one set up and day two focusing on retrieval.

“[Once we put our cameras] down at the pad, we make sure all of our settings are good, everything’s good to go,” he said.  “And then you leave and then you have to come back, usually the next day to go and actually pick up your cameras. It’s basically like Christmas time seeing if whether you got any images or not.”

Atlas V launches into the air, leaving behind a pillar of smoke. Matt Cutshall attempts to draw the eye of the viewer with the fuel transforming into storm clouds of smoke that begin to cover the frame.

Cutshall’s team shoot action shots, meaning a photo that the subject is moving during the shot. The camera fires several times with a sound trigger, timed with the rocket, capturing the shot. One focus for he is to make the photo stand out, usually with smoke or flames from the launch.

“That’s one of the photos I usually like to to post is the smoke because it shows the dynamics of how the rocket is launching and the after effects,” he said. “Sometimes you get a lot of really cool detailed math in the flames and smoke.”

When shooting rockets, Cutshall prioritizes safety for both the team and the equipment used. Early on, he learned two lessons: avoid setting up near the flame trench since that can lead to an expensive replacement of equipment, and to cover your camera to avoid damage from smoke. According to Cutshall, other photographers use bags to cover their cameras to keep them safe from the rockets, while Cutshall uses a more obscure form of protection.

“I use like black Tupperware boxes or shoe boxes and I just cut the hole in the front, put my hand warmer and everything inside the box itself,” he said.

His content has been liked on Twitter by Elon Musk and Thomas Pesquet, a European Space Agency (ESA) astronaut currently on board the International Space Station.

Cutshall’s advice to budding launch photographers: keep going at it and produce your best quality work.

“Just take pride in your work,” he said. “You know, if you don’t think it’s a good photo, then don’t post it.”

Shooting Stars is a segment airing Tuesday evenings as a part of Are We There Yet?, WMFE’s podcast and radio show.