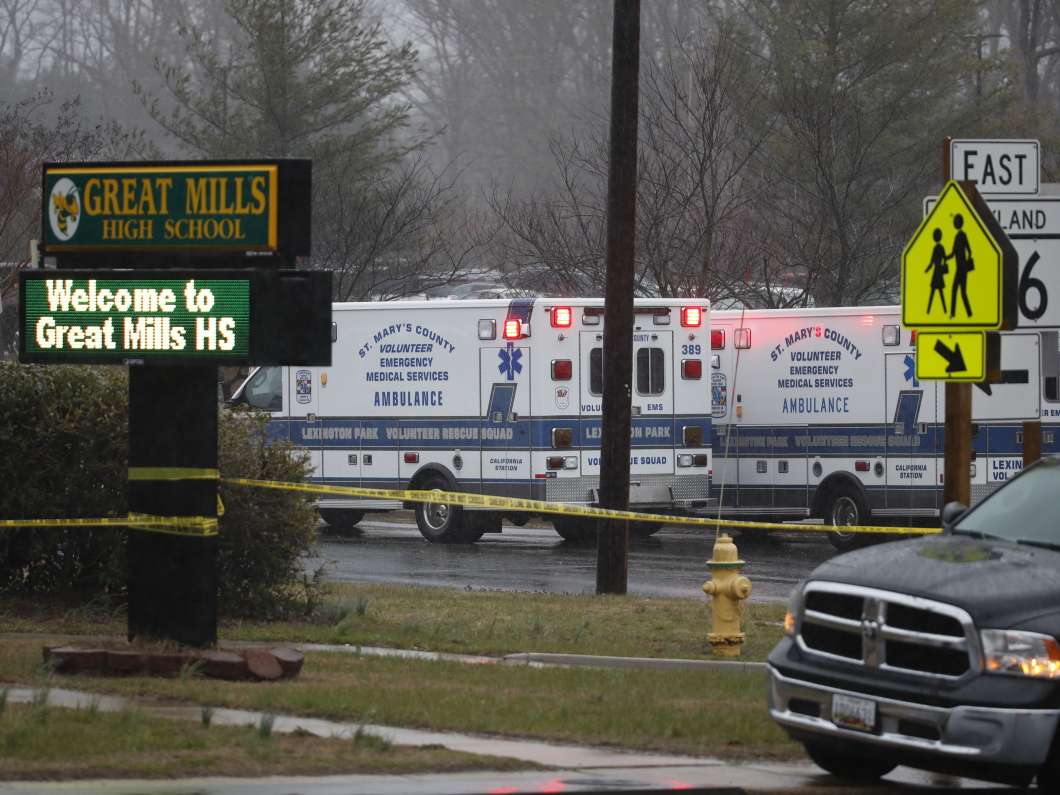 Two students were injured when another student opened fire at Great Mills High School in St. Mary’s County, Md., according to the local sheriff. The shooter was confirmed dead after being taken to a hospital.

“A male student produced a handgun and fired a round, wounding a female student and another male student in a hallway of Great Mills High School just before classes begun” around 8 a.m. Tuesday, St. Mary’s County Sheriff Timothy Cameron told reporters at a news conference.

The identities of the victims and the shooter have not been released, nor is it clear what their relationship is to one another.

Witnesses to the shooting are being questioned at a secured area in the high school, the sheriff said. The school district said that the school was being evacuated and that the rest of the students were being taken to Leonardtown High School. Parents were being asked to go there rather than to Great Mills.

The FBI and the Bureau of Alcohol, Tobacco, Firearms and Explosives said their agents are on the scene assisting the sheriff’s department.

The news site said that the school principal said in a letter to parents that the school and law enforcement assessed the threat and said it “has not been validated at this time.” At Tuesday’s press conference, the sheriff said that they are now investigating whether anything on social media is linked to this attack.

The shooting comes just over a month after the shooting that killed 17 people at Marjory Stoneman Douglas High School in Parkland, Fla.

“That’s what we’re talking about right now across the country,” Cameron added. “The notion of ‘it can’t happen here’ is no longer a notion.”

Last week, tens of thousands of students walked out of classrooms to call for firmer action against gun violence. Mass demonstrations are expected this weekend in Washington, D.C., in favor of stricter gun regulations, a protest organized by Parkland shooting survivors.

Emma Gonzalez, a Parkland student who has been outspoken in calling for tighter gun laws, tweeted a message of support for Great Mills students.

Maryland Gov. Larry Hogan said in a statement that he was praying for the Great Mills community. “But prayers are not enough,” Hogan said. “Although our pain remains fresh and the facts remain unclear, today’s horrible events should not be an excuse to pause our conversation about school safety.

“Instead, it must serve as a call to action.”