Shocking Rate of Maternal Mortality and Morbidity in the United States 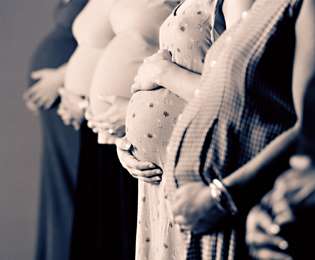 One of the most underreported stories of 2017 is the shocking rate of maternal mortality and morbidity in the United States, which is rising steadily while it falls everywhere else in the developed world.

Each year over 600 women in the U.S. die from pregnancy-related causes and more than 65,000 experience life-threatening complications, says a report by the Women’s Congressional Policy Institute.

Inadequate medical coverage in rural areas, racial disparities in access to care, the ever-more-confusing health system and the rising age of mothers are all drivers of this maternal health crisis.

Whatever the causes, the reason the story is so little-known isn’t mysterious. In the patchwork of recordkeeping across 50 states, data on deaths caused by pregnancy is difficult to pin down. Many states simply don’t keep track. A recent investigation by data journalists MuckRock found a deeply flawed system, in which only 27 states were able to give a number. Repeated requests sent to the Florida Department of Health for documentation of maternal deaths were met with the response that they had no records “responsive to this request,” though “the Bureau of Vital Statistics might”; repeated followup queries went unanswered.

Pregnancy has always been dangerous, but these days it should rarely be fatal. And the first step toward fixing the problem is for health officials to stop shrugging it off.