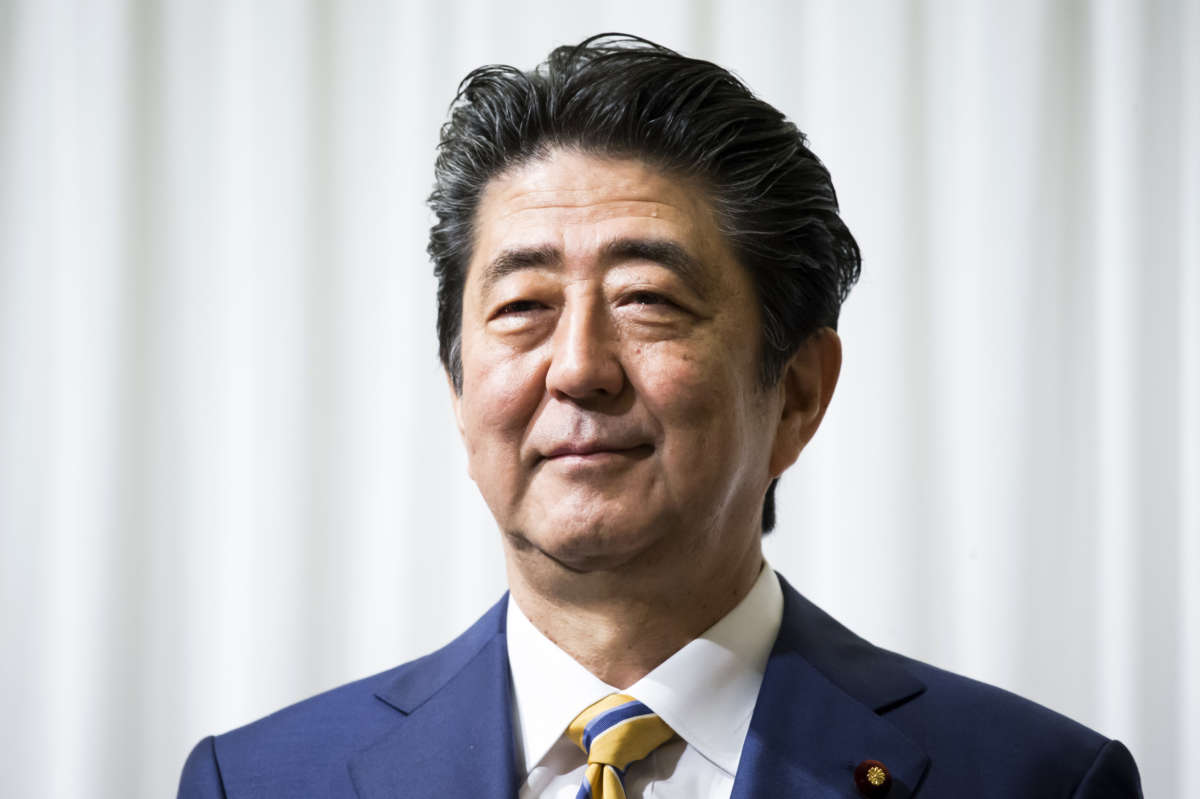 SEOUL — Former Japanese Prime Minister Shinzo Abe was assassinated Friday, stunning a nation where gun violence and political attacks are rare. Japan’s influential and longest-serving prime minister worked to revitalize the nation’s economy — with his namesake “Abenomics” policy — and rebuild its role on the global stage. He was 67.

Abe was giving a speech for a candidate in Nara, a city in western Japan, just ahead of Sunday’s parliamentary elections, when a man fatally shot him from behind with a handmade firearm.

Police arrested the suspect identified as Tetsuya Yamagami, a 41-year-old unemployed former member of Japan’s maritime defense force. Police say he confessed to the crime, but his motive remains unclear.

The assassination elicited shock, horror and contrasting views from a public that was deeply divided about his policies.

“Maybe such a thing is normal in the U.S. But this took place in Japan, and I am shocked,” said a man with the surname Shimizu, who was unwilling to give his first name because, he explained, he is distrustful of the media. He spoke on the street in Kyoto, about 30 miles north of Nara. “I feel like the clock is going backward.”

A woman surnamed Otake, who also declined to give her full name citing the same reason, was less surprised. “I think that various problems that Japan has now were brought about during his administration,” she said. “I’m against Abe.”

People pray at a site outside of Yamato-Saidaiji Station where former Prime Minister Shinzo Abe was shot earlier Friday during an election campaign speech, in Nara, Japan. Yuichi Yamazaki/Getty Images

The country has not seen violence like this in decades

Japan’s gun control laws are tight, handguns and rifles are banned outright, and shooting deaths are extremely rare. The scant gun crime is often associated with the yakuza crime syndicates.

Bloodshed has been absent from Japanese politics for more than six decades, most of which the Liberal Democratic Party, to which Abe belonged, has had a lock on power.

In the early 1960s, violent street clashes erupted between the political left and right over Japan’s security treaty with the United States, and a socialist party leader was killed by a sword-wielding assassin.

A consensus later emerged among politicians to keep political sparring out of the public view, behind a harmonious facade.

“By and large, I think you can say that the politics here have been based on the principle of nonviolence, and the disagreements could be heated, but they have remained at the verbal level, so far,” according to Koichi Nakano, a political scientist at Sophia University in Tokyo.

“Even among people who didn’t particularly like his politics, I think there would be genuine, widespread sorrow,” said Tobias Harris, academic and author of the biography The Iconoclast: Shinzo Abe and the New Japan. “I expect [his death] to be more of a unifying event than a polarizing event.”

Born into a political family

A family picture of Nobusuke Kishi, then-prime minister of Japan, and his wife Ryoko in a kimono, with their grandsons Shinzo Abe and Hironobu Abe (on his grandfather’s lap). The photo is undated but is probably taken in the 1960s, likely in the prime minister’s official residence in Tokyo.
AFP via Getty Images

Abe was born in Tokyo on Sept. 21, 1954. After graduating from the capital’s Seikei University in 1977, he moved to the U.S. and spent three semesters at the University of Southern California, studying English, political science, history and international relations, according to USC.

Abe belonged to a prominent political family. He was the grandson of Nobusuke Kishi, a World War II-era official who went on to become prime minister. (Kishi also suffered an assassination attempt, a stabbing, which he survived.) And Abe’s father, Shintaro Abe, was a foreign minister.

He pledged to “take back Japan” to restore its pre-WWII position as Asia’s preeminent power and its economic dynamism of the 1960s.

Yet while “nostalgia was a potent vehicle for mobilizing political action,” Harris said, Abe “wasn’t just recreating the past, he was actually trying to make a new Japan.”

In a 2016 speech, Abe said, “We should look to the future, rather than worry about the present.”

A coined economic agenda and a defense rethink

One of his most famous and lasting policies was Abenomics, which he launched in 2013 to jumpstart the economy after more than two decades of deflation.

The policy involved ramping up government spending and monetary easing. He also pushed for reforms like cutting corporate taxes and red tape as well as liberalizing sectors of the economy.

Arguably one of his biggest legacies involved opening up the traditionally male-dominated labor market to Japanese women.

After the devastation of World War II, Japanese law put limits on using military force except for national self-defense. But in 2014, Abe’s Cabinet reinterpreted the Constitution to allow the armed forces to aid an allied nation under attack, even if Japan itself was not.

Chinese Premier Wen Jiabao (left), walks with Japanese Prime Minister Shinzo Abe as they inspect a guard of honor during the welcome ceremony held outside the Great Hall of the People in Beijing, Oct. 8, 2006.
Ng Han Guan/AP

He was unable to muster enough public support to amend the Constitution, a goal his party has pursued since its inception in 1955.

Abe helped lay the groundwork for Japan to side with the U.S. in its ongoing rivalry with China.

“Abe was of the view that Japan’s power position is dependent on its strong alliance with the United States,” said political scientist Nakano, at a time when Japan was in demographic decline and China, in 2010, surpassed Japan as the world’s second-largest economy.

After Abe finally stepped down in 2020, he continued to wield power in his party, becoming the head of its strongest faction and a reputed kingmaker.

Analysts say Prime Minister Fumio Kishida, who served as Abe’s foreign minister, has struggled to emerge from his ex-boss’ shadow and pursue his own goals, while avoiding alienating Abe’s political faction.

Leaders present and past salute Abe

Leaders around the world have been united in their grief and outrage at the killing of Abe.

President Biden said he was “stunned, outraged and deeply saddened,” and called his death a “tragedy for Japan and for all who knew him.”

Former President Barack Obama, whose tenure overlapped with Abe’s, also paid tribute. “I will always remember the work we did to strengthen our alliance, the moving experience of traveling to Hiroshima and Pearl Harbor together,” Obama said.

Abe was also one of the first foreign leaders to cultivate a relationship with former President Donald Trump, as they bonded over wagyu beef burgers, sumo wrestling and golf.

On Friday, Trump praised Abe as a “unifier” and a “great man and a great leader.”

Abe’s assassination comes as Japan is already debating his legacy.

“A lot of people, including his critics, wanted to have a cooler-headed, rational discussion about the pros and cons,” and successes and failures of Abe’s policies, said Nakano.

But some debates may have to wait until the national sense of shock and mourning dissipate.

Chie Kobayashi contributed to this report in Kyoto.