She’s a Mom of an Autistic Son, Disney Fan and Travel Writer: Maureen Deal of Autism At the Parks Talks How to Make the Parks More Inclusive During the Pandemic 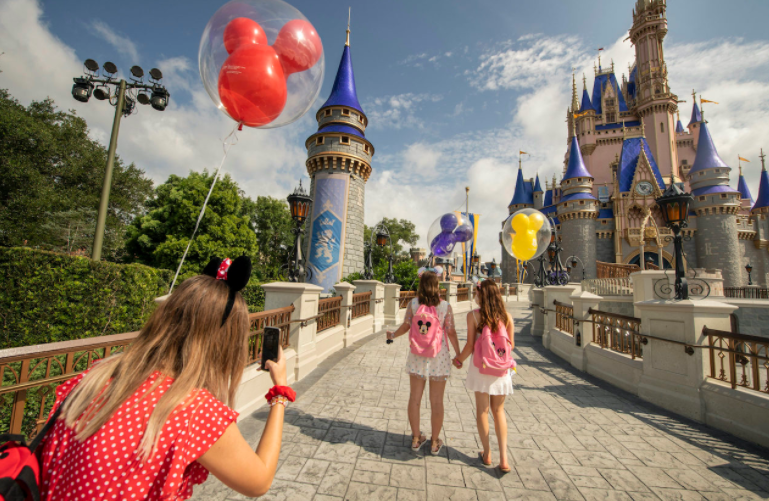 More people are returning to the Orlando theme parks with weeks booked up at a time during Spring Break. Maureen Deal founder of the website Autism At The Parks says those guests include people on the autism spectrum like her son Zach.

WMFE spoke with Deal about how the parks can become more inclusive for autistic visitors during the pandemic.

Danielle: So Maureen this month, SeaWorld rolled out Julia a character with autism at the parks. And in 2019, SeaWorld and Discovery Cove and Aquatica became Certified Autism Centers. Do you think we’re actually starting to see some improvements, finally, across the theme parks when it comes to guests with autism?

Maureen: I really appreciate that they’re becoming more aware of the needs, the unique needs of people with autism, especially with the character Julia, I hope that she stays there all the time. She’s permanently at SeaWorld.

And I appreciate the fact that they’re trying to make accommodations, especially like the sensory rooms that they have at SeaWorld. The special passes you can get that enable the guests to not wait in the regular queue, due to the length of time or the sensory issues that they may experience.

Danielle: With the pandemic now, because of the temperature checks and face mask requirements and social distancing, do you find that guests with autism are struggling with that and families, you know, of those children are struggling with some of these new rules, on top of the other rules?

Maureen: Yes, a lot of families are not able to teach their child to wear the mask and because of the sensory issues, and so they’re not able to visit the parks at all. So at the Magic Kingdom and other Disney parks, they don’t have FastPasses anymore. And one of the great features of the the DAS at Disney was you would coordinate those return times with your FastPasses, which would reduce waiting for attractions.

Danielle: Can I ask you what your favorite memory with your son is at the parks?

Maureen: I remember one time my husband and son were watching the Beauty and the Beast show at Hollywood Studios.

And he, he’s my son expresses himself by flapping his hands. And he’s pretty obvious when he does it. And he was at the time, he was in his teens. And so he was pretty noticeable. And they were close to the front of the stage. And after the show was over, one of the cast members asked my husband if he and my son would like to go meet some of the cast members from the show.

And they had like a private about three or four minutes with most of the cast members of the show with a photo opp.

Danielle: If anyone’s listening to this, and they really want to plan their first family vacation to the theme parks but they’re, they’re scared they’re worried because maybe their child won’t wear a face mask or some of the other things that we talked about today. What would you tell them?

Maureen: It’s hard for us as a family right now to go back to the parks. Zach is not the most very aware of being careful about what he touches and that kind of thing.

So we’re being cautious right now. We’re waiting to go back. But if your family member, if you want to go, and your family member can wear a face mask, I think it can be done you just have to be aware of the triggers for behavior and sensory issues that might occur. Things like having the headphones because of overstimulation or the strollers or wheelchair and things like that.

Danielle: Do you guys have a first place you want to go back to when you can?

Maureen: Tower of Terror is his number one ride, his very favorite. So he’d probably pick that. That would probably be, if we had to choose that would be the first one we would do.

Listen to the full interview, by clicking on the clip at the top.