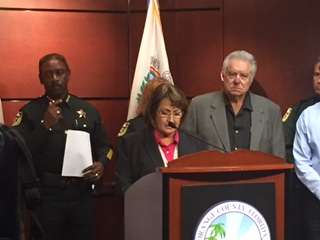 The Orange County Sheriff’s Office is warning about a surge in heroin overdoses.There have been more than 70 heroin overdoses between January 1st and February 15th of this year. That’s two and a half times as many as the year before.

“We are seeing more fentanyl and some of the other different synthetic forms of fentanyl mixed in with the heroin,” Espinosa said. “Some of it is even straight fentanyl being sold as heroin. That’s what makes it more deadly, obviously.”

The Orange County Sheriff’s Office responded to more than 100 overdose calls in the first six weeks of the year. And 70 of those calls were for heroin overdoses.

“We’re focusing our efforts on the people supplying it,” Espinosa said. “I’m not so much interested in arresting a user, an addict. That person’s a victim. Even though they’re committing a crime, we look at it that way.”

Orange County deputies starting carrying overdose reversal drugs last year, and have used them 55 times. Deputies say that’s one reason that deaths from overdose are down.