Sharp, ‘Off The Charts’ Rise In Alcoholic Liver Disease Among Young Women 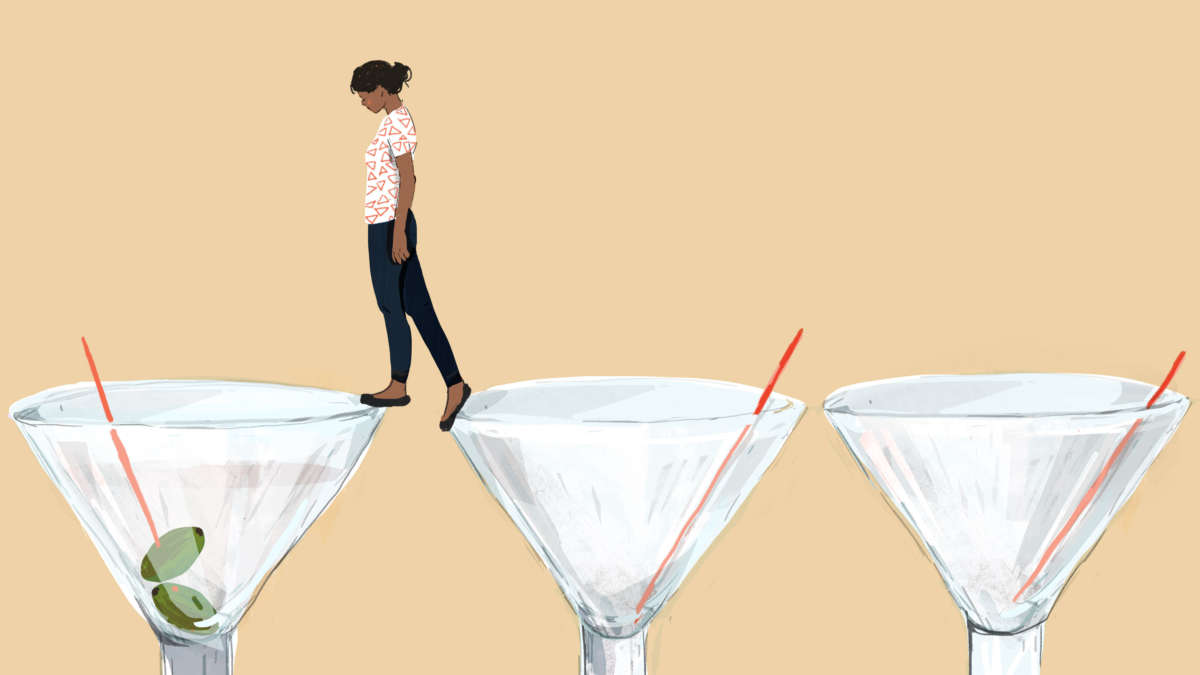 For many years, Jessica Duenas led what she calls a double life. She was the first in her immigrant family to go to college. In 2019, she won Kentucky’s Teacher of the Year award. That same year, Duenas typically downed nearly a liter of liquor every night.

By the time she was 34, she was diagnosed with alcoholic hepatitis, a serious inflammation of her liver that doctors warned could could soon lead to irreversible scarring and even death if she didn’t didn’t stop drinking, and quickly.

“I couldn’t keep down any food,” Duenas says. “My belly was supersensitive, like if I pressed on certain parts of it, it would hurt a lot. My eyes were starting to get yellowish.”

Cases of alcoholic liver disease — which includes milder fatty liver and the permanent scarring of cirrhosis, as well as alcoholic hepatitis — are up 30% over the last year at the University of Michigan’s health system, says Dr. Jessica Mellinger, a liver specialist there.

The Centers for Disease Control and Prevention has not yet compiled data on any overall increase in severe cases of alcoholic liver disease since the pandemic began. But, Mellinger says, “in my conversations with my colleagues at other institutions, everybody is saying the same thing: ‘Yep, it’s astronomical. It’s just gone off the charts.’ ”

And the damage can be lethal. Survival rates for alcoholic hepatitis and cirrhosis vary, but can be as low as 10% in the most severe cases, research suggests.

In the U.S., more than 44,000 people died of alcoholic liver disease in 2019. And although liver diseases still affect more men, younger women are driving the increase in deaths, a trend that began several years ago and is now supercharged by the pandemic, says Mellinger. “We’re seeing kids in their late 20s and early 30s with a disease that we previously thought was kind of exclusive to middle age,” she says.

Alcoholic liver disease often takes years to manifest. But it can become a threat for women more quickly, because their bodies process alcohol somewhat differently than men’s.

Women have also borne the brunt of many new pressures of pandemic life, from virtual school and increased responsibilities at home, even as ads and pop culture have continued to validate the idea of drinking to cope: Mommy Juice, Rosé All Day, Wine Down Wednesdays. On top of that, eating disorders and underlying trauma from physical or sexual violence often add fuel to the fire, fanned by social isolation.

“Whether this is early life sexual trauma or they are in a recent or ongoing abusive relationship, we see this link very, very closely,” says psychiatrist Dr. Scott Winder, a clinical associate professor at the University of Michigan who treats patients with alcoholic liver disease. “Just the sheer amount of trauma is really, really tragic.”

Alcoholic liver disease is complex because it isn’t just one thing; it’s the physical manifestation with roots in emotional and psychological distress. Successful treatment needs to address both, Winder says, but usually doesn’t.

He calls that a “tragic gap” in care. A patient discharged from the hospital with alcoholic liver disease is often motivated to get psychological help, but frequently can’t find outpatient care until weeks or months later, he says.
“The cultures of hepatology and the cultures of psychology and psychiatry are very disparate; we see patients very differently,” so physicians aren’t coordinating care, even when they should, he says.

For patients with advanced liver disease, that often leaves no options for curative treatment. Some need a liver transplant to survive, but they won’t qualify if they’re still drinking.

“Unfortunately, transplantation is finite,” says Dr. Dr. Haripriya Maddur, a hepatologist at Northwestern University. “There aren’t enough organs to go around. What it unfortunately means is that many of these young people may not survive, and die very young — in their 20s and 30s. It’s horrific.”

Facing death frightened Duenas, who is now 36, and still teaching. She says after her doctor told her she had alcoholic hepatitis, she thought: “My secret’s out.”

She made multiple attempts to curb her drinking, but ended up consuming ever more, and became despondent.

Duenas checked herself into rehab on New Year’s Day in 2020 for four days. Her liver began to heal. And when the world went to pandemic lockdown last March, she attended Alcoholics Anonymous meetings on Zoom.

Then, on April 11, she discovered her boyfriend — who had also been in recovery — was relapsing on heroin. Two weeks later, she and the police found him dead in his apartment. Though he and Duenas had talked about marriage, he’d died from an overdose just after his 42nd birthday.

“The next eight months are such a blur,” she says — eight hospitalizations, a major car wreck, and repeat stints in rehab. Duenas describes herself as normally politically active. But the last year passed by in a fog. She only vaguely recalls hearing about news in rehab: protests over Breonna Taylor’s shooting; election day.

Last November, she says, she completely surrendered to the changes she knew she had to make. She quit her beloved job to focus on recovery, and her last drink was on Thanksgiving, she says. Days later, she wrote about her long-held secret in the Louisville Courier-Journal: “I’m Jessica, I’m the 2019 Kentucky State Teacher of the Year, I’m an alcoholic and I’ve been suffering in silence for years.”

Hundreds of people wrote back — mostly women describing experiences like hers.

“What I’ve noticed is quite a few of the women, typically, they were either educators, they were moms or they happened to be nurses or attorneys,” Duenas says. They poured their hearts out about the crushing and constant stress of kids, work and home life.

They also vented about pressures from beyond the home: “Imagine being a teacher who gets evaluated on how your students do, given the situation today,” Duenas says. “I mean, that makes me want to drink for them, you know — like that’s a terrible pressure to be under.”

Duenas says she’s since heard many, many other stories like her own. Today she’s started interviewing them and relaying their stories on her website about recovery, www.bottomlesstosober.com.