Sharing Secrets With Selena: The Understated Power Of ‘Revelación’ 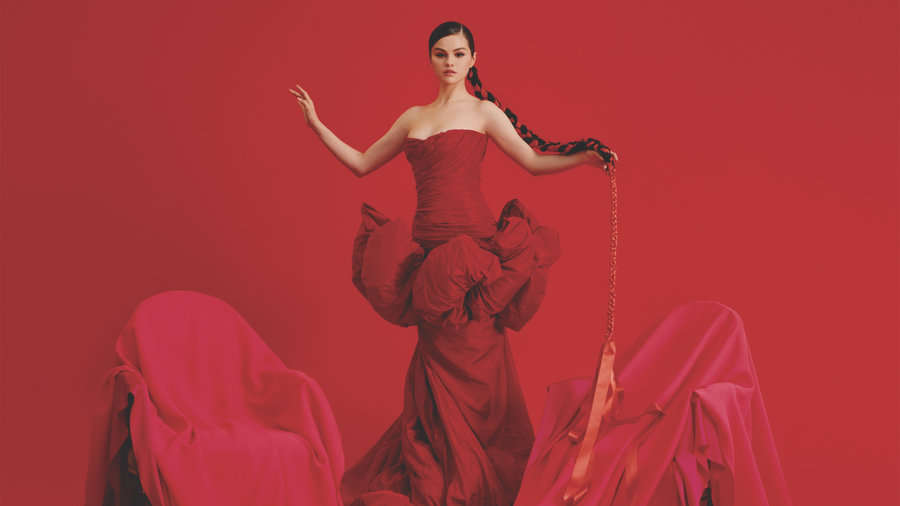 There’s something in the way Selena Gomez sings that makes you feel like she’s sharing secrets. With sweet breathy tones, she speaks directly to her audience, inviting them into her life: to love, to lose, to find meaning and direction in her words.

Revelación is an EP for those who have been waiting for her to share her secrets en español. In 2011, she teased, “Can’t wait for y’all to hear the Spanish record 😉 it’s sounding so cool.” In January — 10 years later, almost to the date — she revisited the tweet, adding, “I think it will be worth the wait.” In an age where Spanish-language records easily hit No. 1, there’s little point in offering Selena congratulations in a foregone conclusion. But in context of who she is and where she’s at, the choice feels momentous.

This new phase – personal ballads brought to life via heart-on-sleeve persona – began last year. Despite a somewhat critical reception, Rare presented a more vulnerable Selena, someone trying to assert her most authentic self without having all of the language to articulate it.

Selena met with a Spanish coach every single day while recording the seven-track EP. Her fluency with the language is unclear, but it was present in her childhood and, at some point, faded. In an interview with Zane Lowe, she noted the work and the thought that she put into producing a Spanish album: “It is something that needed to be precise and needed to be respected by the audience I’m going to release this for.”

Coming home can be scary, especially when using imperfect Spanish. My family has always traded secrets in Spanish – a source of deeply complicated pride and insecurity for me growing up. I loved the way the language invited me into a world only myself and the people I loved could enjoy. But my Spanish wasn’t always good enough, and so words sometimes slipped by and, in the process, I’d lose the conversation, isolating me from the people I wanted to connect with most.

For those of us who understand Spanish, we get a fuller, more intimate image of Selena, a pop singer who’s still trying to find space for who she is and who she wants to be. She bares her heart and her insecurities. Her Spanish allows for multi-dimensionality and imperfection that her English doesn’t.

The opening track, “De Una Vez,” makes clear which version Selena wants to claim: “De una vez por todas / Soy más fuerte sola (Once and for all / I am stronger on my own).” The message is convincing, but fragile. Later she sings, “No es para que pienses que estoespa’ ti (nah) (This is not for you to think it’s about you),” which masquerades as a corroboration of her disinterested attitude, yet retains old insecurities.

Declarations of independence are interspersed throughout, but it’s in the quieter moments, tucked away in verses or hidden under poppy reggaeton, where the empowerment feels precarious. “Adios” embodies the general middle-finger energy of any good power bop, but in a moment, she breaks away from spurning one-liners: “Si dicen por ahí / Que con aquel me vi / Es probable que sí (If there’s rumors / That I met up with someone / It’s probably right).” She is simultaneously cognizant of the world’s gaze and actively working to subvert it.

“Vicio” succumbs to the conflict altogether, inviting the listener into a song that feels reminiscent of the old Selena. In sweet notes of devotion backed by metronome ticks, we are launched back to a Selena who sang of a forever love drenched in reckless abandon. But this new iteration of Selena is far too nuanced to present reckless abandon without exception. She checks the naivete of the lyrics in the texture of the music, layering the chorus with wispy harmonies — her past and present are in conversation with each other, holding space for both, and gently ask her Spanish listeners to do the same.

Selena Quintanilla, the late Tejana queen, would famously flub Spanish in interviews and laugh it off, rejoicing in her mixed Mexican and American identity. It was magnetic. In her, the young Latina listener could find a model for the in-between and join in its celebration.

For the first time ever, the in-betweenness of Selena Gomez is on display. She doesn’t own it as seamlessly as her namesake, but like so many who grew up on the border of multiple realities, Selena Gomez is airing out her rough draft. There was only one way to find appropriate confidantes, to select those most deserving of her soul: she had to speak to us directly.

It wasn’t until years later, when I was grappling with my own Mexican-Americanness, that Selena Gomez reemerged in my life. I hadn’t understood why I’d spent hours glued to the TV, taking meticulous mental notes. I wanted to dress like her, wear my hair like her, emulate the sassy and witty energy she effortlessly injected into my world. I loved nothing more than the hometown tours the Disney Channel aired. I could never pass up an opportunity to soak up Selena, the similarities of our families and our stories.

The moment I first heard Revelación, my world came crashing to a halt, forming an intuitive connection with hers, born out of vulnerability and shared experience. Perfect alignment. She’s singing to me, I thought. For a number of years our paths had diverged, and now we’d come home, empowered, determined, and, perhaps naively, eager to start telling each other secrets once again.