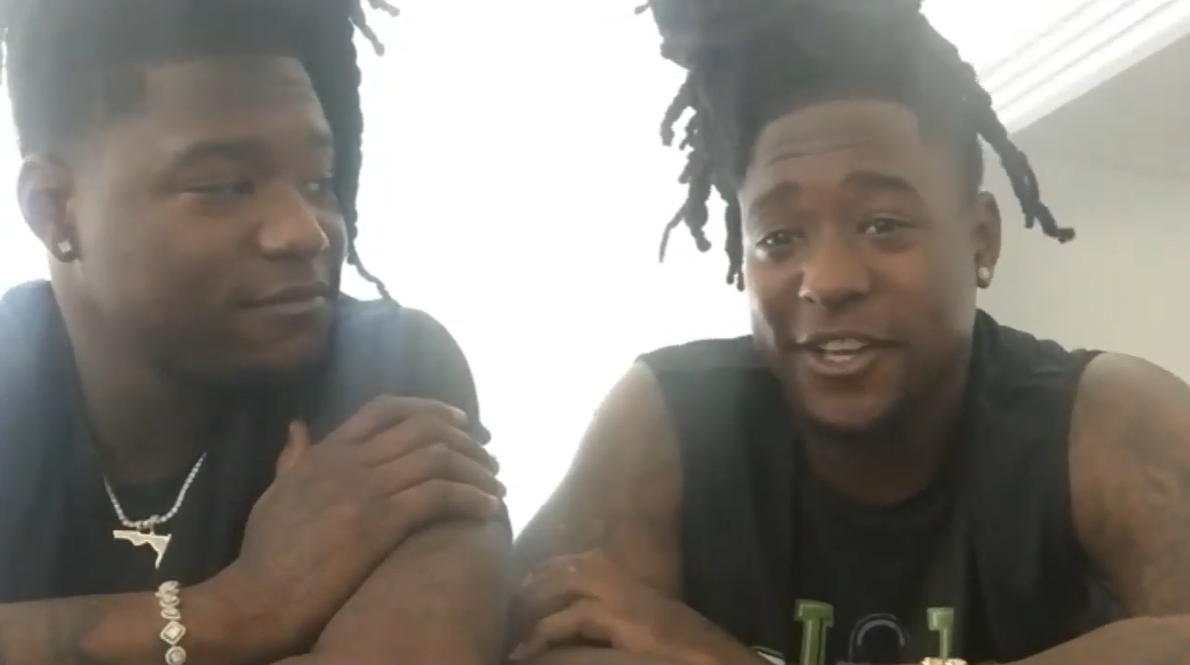 UCF’s virtual graduation this Saturday will feature a commencement speech from a pair of famous UCF grads-Shaquill and Shaquem Griffin.

The twins, who now play for the Seattle Seahawks, have been watching commencement speeches and reflecting on the importance of never giving up as they prepare for the speech.

Shaquem says he and his brother started by watching President Barack Obama’s graduation speech until they realized they couldn’t top it. They quickly moved onto J.J. Watt and Denzel Washington.

“That’s kind of my style. Kind of say a joke and break the ice a little bit and be able to speak so.”

Jokes aside, Shaquill says he wants graduates to know all they need to be successful is to get their foot in the door and work hard to make a name for themselves.

“I feel like being a UCF Knight all we ever needed was an opportunity to be able to show how great we really are.”

Shaquem says they’ll use what they learned as Knights on and off the field to give the speech on Saturday.

He says that begins with one of Coach Scott Frost’s favorite sayings about the importance of a positive attitude when it comes to overcoming adversity.

“You know, attack the day. Don’t let that day attack you. That’s something that I still use to this day.”

Shaquem, who was born with amniotic band syndrome, is the first one-handed player to be drafted in the NFL.

Both brothers are back home in Florida practicing for their season with the Seattle Seahawks. The first regular season game is September 10th.

The biggest speech of their lives is happening Saturday.