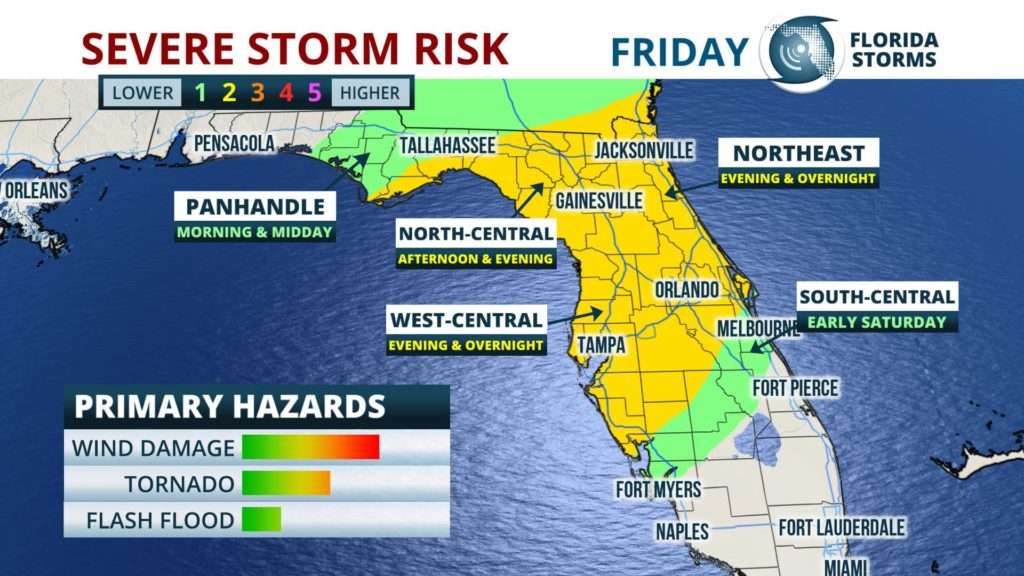 Severe weather, including the possibility of a tornadoes, is possible at some point over the next 36 hours across nearly the entire state of Florida.

Meteorologist Cyndee O’Quinn said this is a significant risk.

“This storm is large and powerful, with lots of upper level energy and it’s because of that, there is the potential for tornadoes,” said O’Quinn.

“Wind damage is also a concern, and for areas in extreme northern Florida – the same areas that have been hit hard the past two weekends – more flooding is also expected.”

O’Quinn said the line of strong to severe storms won’t move into Central Florida until after 9 pm Friday evening. There is a threat of damaging winds and isolated tornadoes.