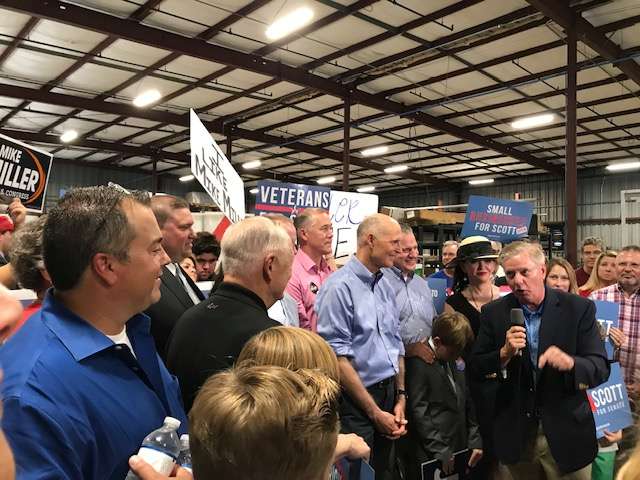 Republican candidates in the midterm elections are banking on the fallout from the Kavanaugh confirmation hearing to reenergize their base.

Republicans rallied at a business in downtown Orlando for Governor Rick Scott, who is running for Senate, and Chief Financial Officer Jimmy Patronis, who is running to hold onto his job.

Patronis says he shared the sentiments of Senator Lindsey Graham, who lashed out at Democrats during the Kavanaugh hearing.

“I think the internet got broken that day. I got so fired up when I heard that. I said is this the same mild manner man I see on meet the press who never loses his cool.”

Senator Graham was also at the rally to stump for Scott who is running against Democratic Senator Bill Nelson. Nelson voted against both of President Trump’s picks for the Supreme Court.

“I’m here to let my friend Bill Nelson know that that was too much. When you voted no to Kavanaugh you voted yes to character assassination.”