Senate Republicans Block A Plan For An Independent Commission On Jan. 6 Capitol Riot 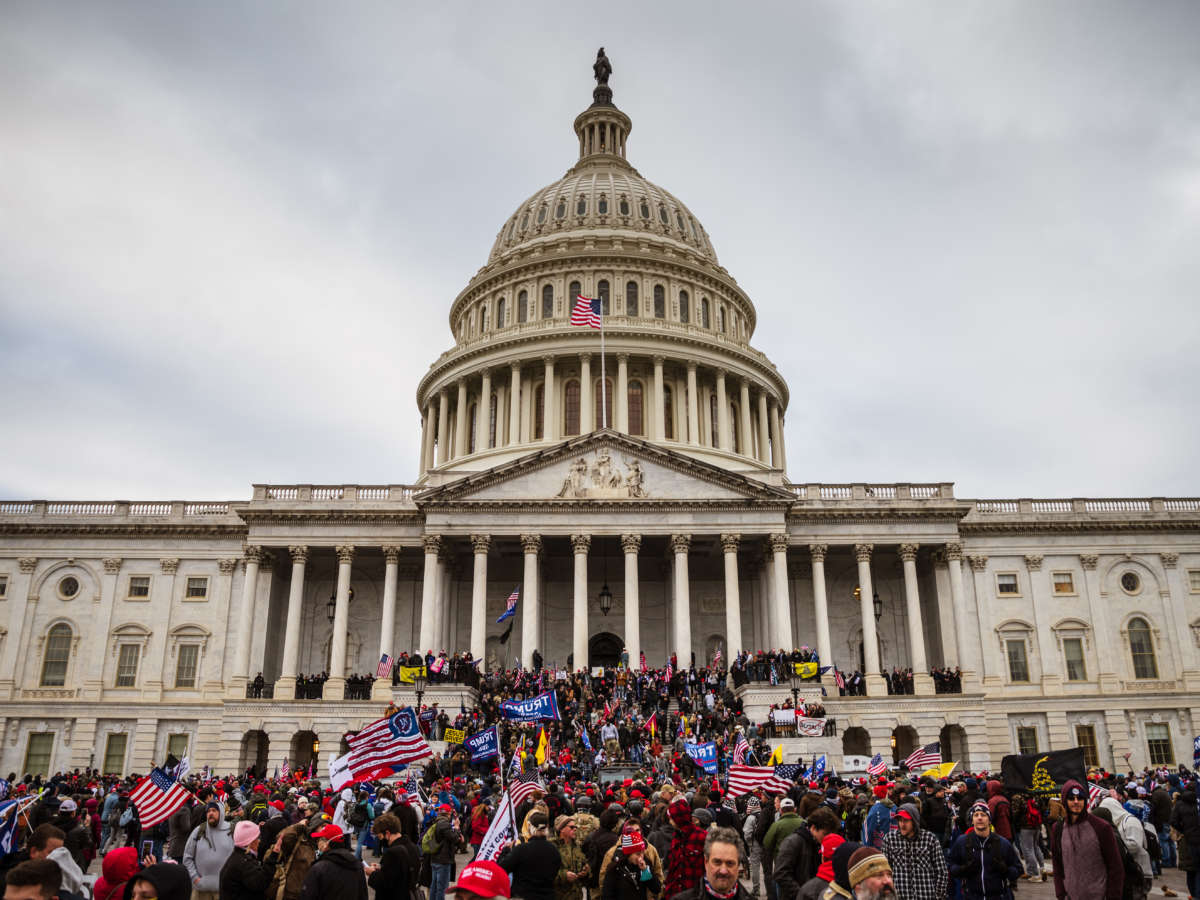 Senate Republicans have blocked a plan to establish an independent commission to investigate the Jan. 6 attack on the U.S. Capitol. The proposal would have created a body modeled on the one established to investigate the 9/11 attacks.
Image credit: Jon Cherry

Bipartisan legislation to establish an independent commission to investigate the Jan. 6 attack on the U.S. Capitol has failed in the Senate, as Republicans staged their first filibuster since President Biden took office to block the plan.

The final vote on Friday was 54-35, but Republicans withheld the votes necessary to bring the bill up for debate. Just six GOP senators joined with the Democrats, leaving the measure short of the 60 votes needed to proceed.

The proposed commission was modeled on the one established to investigate the 9/11 terror attacks, with 10 commissioners — five Democrats and five Republicans — who would have subpoena powers. A Democratic chair and Republican vice chair would have had to approve all subpoenas with a final report due at the end of the year.

The House approved the measure 252-175 last week with 35 Republicans joining all Democrats in support of the plan.

But Senate Republicans, led by Minority Leader Mitch McConnell, were deeply skeptical of the commission in the days leading up to the vote.

McConnell had dismissed the proposal as a “purely political exercise,” given that two Senate committees are already looking into the events of Jan. 6. In remarks from the Senate floor Thursday, McConnell called into question how much more a commission would be able to unearth.

“I do not believe the additional, extraneous commission that Democratic leaders want would uncover crucial new facts or promote healing,” the Kentucky Republican said. “Frankly, I do not believe it is even designed to.”

Others, such as Senate Minority Whip John Thune, had voiced concern about a commission distracting from the party’s message heading into the 2022 midterm elections. “A lot of our members … want to be moving forward,” the South Dakota Republican told CNN last week. “Anything that gets us rehashing the 2020 elections is, I think, a day lost.”

Former President Donald Trump has been another vocal critic and has attacked the effort to create the panel as a “Democrat trap.” Had the commission moved forward, Trump likely would have been called to testify over his role in inciting the insurrection and his administration’s response to the attack.

In remarks on the Senate floor after the vote, Majority Leader Chuck Schumer, D-N.Y., described the outcome this way: “[O]ut of fear of — or fealty to — Donald Trump, the Republican minority just prevented the American people from getting the full truth about Jan. 6.” He added: “Shame on the Republican Party for trying to sweep the horrors of that day under the rug because they’re afraid of Donald Trump.”

Biden supported the commission. Speaking to reporters Friday, White House principal deputy press secretary Karine Jean-Pierre said Republican senators swear “an oath to support and defend the Constitution. And today, unfortunately, they failed to do that.”

The lack of sufficient GOP support came despite a last-minute push by Maine’s Susan Collins, one of the most moderate Republicans in the Senate, to rally support within the GOP caucus.

The push for a commission included an appeal by Gladys Sicknick, the mother of fallen U.S. Capitol Police Officer Brian Sicknick, who fought to fend off the mob that breached the Capitol complex on Jan. 6 and died one day later.

Gladys Sicknick traveled to Capitol Hill on Thursday to lobby Republican holdouts personally. In a statement to Politico on Wednesday, she said that not having a commission to investigate the attack would be “a slap in the faces of all the officers who did their jobs that day.”

Asked why she wanted to see a commission established, Sicknick told NPR, “Because my son is dead, and I want to know why.”

The Washington, D.C., medical examiner said last month that Brian Sicknick died from a series of strokes, but the Capitol Police still consider his death one that came in the line of duty. The officer is one of five people who died either during the attack or shortly afterward.

Among those who met with Gladys Sicknick was Sen. Lisa Murkowski, R-Alaska, who supported the commission. Speaking with reporters Thursday, Murkowski said Republicans needed to avoid “making a decision for the short-term political gain at the expense of understanding and acknowledging what was in front of us on Jan. 6.”

She continued: “Is that really what this is about, that everything is just one election cycle after another?”

In the end, only four other Republicans joined Collins and Murkowski in voting to advance the bill: Mitt Romney of Utah, Nebraska’s Ben Sasse, Bill Cassidy of Louisiana and Rob Portman of Ohio. Nine Republicans and two Democrats abstained from voting.

One of those Republicans who didn’t vote, retiring Sen. Pat Toomey of Pennsylvania, said in a statement that he would have voted in favor of the motion to proceed on the bill, had a family commitment not kept him out of Washington, D.C.

It’s not clear where Congress goes from here. Both the Rules and the Homeland Security committees in the Senate have investigations underway looking at the response to the insurrection by police and the National Guard, but neither is focused on the events leading to the incitement of the attack.

House Speaker Nancy Pelosi, D-Calif., could move to form a select committee to conduct an investigation but would likely face difficulty finding any Republican support.