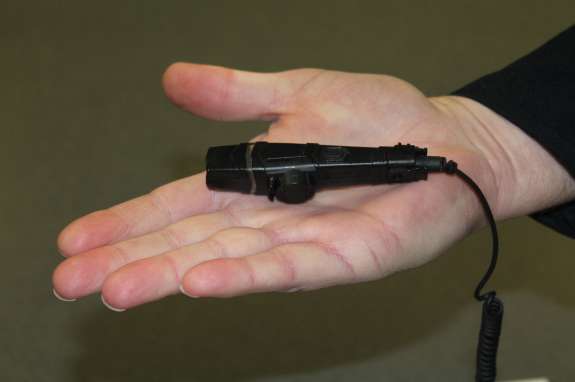 Some top legislative leaders say they’re keeping an eye on a current bill mandating law enforcement agencies across the state wear body cameras.  Senate President Andy Gardiner says while there’s already been some dialogue over the bill filed by Rep. Shevrin Jones(D-West Park) and Sen. Chris Smith (D-Fort Lauderdale) in his chamber, he has some concerns.

“I do think one of the issues which I think is sort of an underlying issue that has to be discussed is public records when it comes to body cameras, and I’ve had some discussions with Senator Smith. I don’t know what the ultimate decision is,” said Gardiner, during an Annual Associated Press gathering in Tallahassee Wednesday.

He added,“I know that Jeff Ashton, the State Attorney in Orange County, we’ve had some dialogue about that. It’s a very unique situation, if we even go there. Obviously, we want as much advice as we can to make sure we’re providing the access, but we’re also not violating anybody’s privacy of their own home and different things like that.”