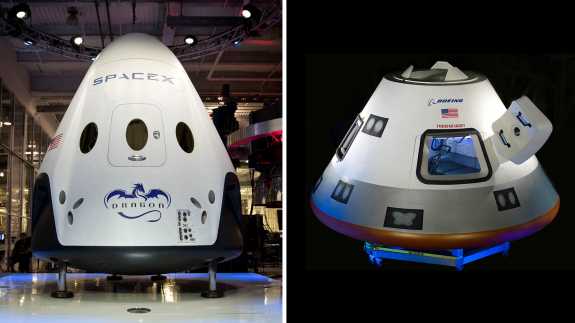 Companies like SpaceX and Boeing will benefit from the extended life of the international Space Station, one of the provisions of the US Commercial Space Launch Competitiveness Act.

Florida lawmakers and space industry experts are hailing a senate bill aimed at boosting the commercial space industry. Key parts of the bill include extending the life of the International Space Station- and laying out rules for asteroid mining.

The US Commercial Space Launch Competitiveness Act directs NASA to keep the space station flying until at least 2024. It also gives US citizens the right to whatever resources they recover mining asteroids, and it limits government regulations on commercial space flight. That means the FAA can’t issue new rules for human spaceflight until 2023.

“This is probably the most significant piece of legislation relative to the growth of the commercial space industry, that we’ve had in many many years, certainly ten years, and potentially ever,” said Ketcham.

The four year extension to the life of the International Space Station is important for companies like SpaceX and Boeing, said Ketcham.

“They are going to have a business model to sustain their investment in commercial crew, in getting astronauts to the International Space Station.”

The bill has to go back to the House for approval before it can be signed into law.