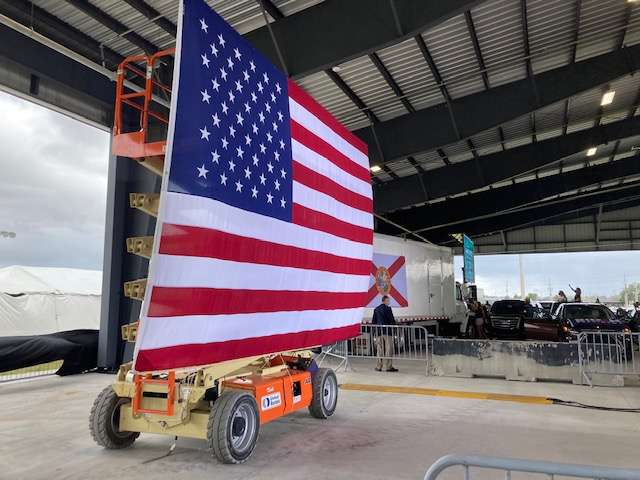 On the first day of early voting about 50 cars participated in a socially distanced rally with Vice Presidential candidate Kamala Harris at the Central Florida Fairgrounds in Orlando.

Harris stood on a stage separate from the families who honked their horns and watched from the hoods of their cars and sun roofs.

She said that she came to the Sunshine State and Orlando on the first day of early voting as Florida would help to elect Vice President Joe Biden.

Harris criticized what she called Trump’s coverup of the coronavirus. She said his failure to respond quickly enough led to the loss of hundreds of thousands of American lives.

“So, we are looking at a public health crisis which I describe as being a crisis of proportion in terms of the loss of life that like we’ve not seen since World War II. Over 215, we’re approaching 220,000 human beings their lives lost. So many who couldn’t even be, because of the nature of the virus, with their families in their last days.”

Vice President Mike Pence was in the Villages last week. Both campaigns have visited Florida an important swing state several times in October as a lead up to the election in November.