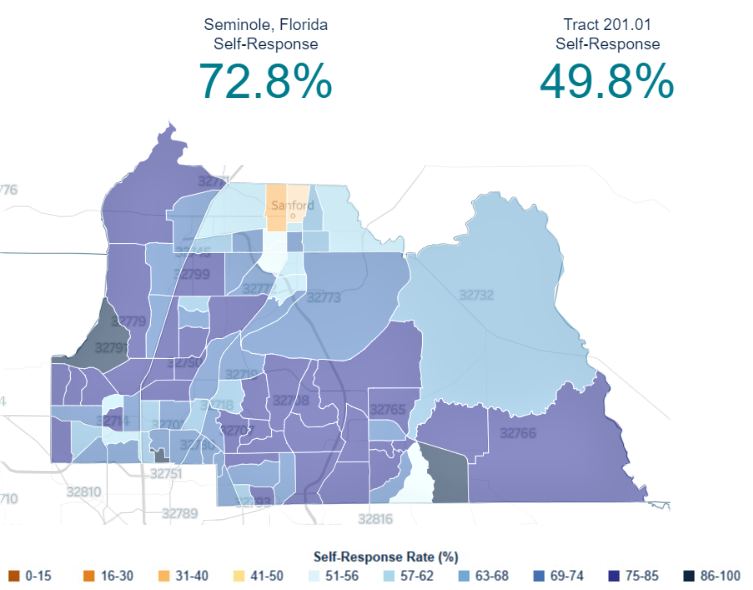 A couple of census tracts in Sanford had self-response rates under 50, but otherwise Seminole County households did a good job responding to the 2020 Census. Image: U.S. Census Bureau

Seminole leads all Florida counties in self-reporting for the 2020 Census as the national count nears its end.

Data collection could wrap up next week or at the end of October. The question is in the federal courts.

But so far in Seminole County, about 73 percent of households have self-reported, mostly by answering a questionnaire at 2020Census-dot-gov.

“And the cities have done a lot of messaging through social media as well as even sent out postcards to hard-to-count areas,” she said.

Now census workers are visiting homes that haven’t responded. They have finished about 90 percent of the follow-up work.

If the county has a little more time, Hammock says, it will continue to focus efforts on those challenging areas where residents may not trust the process.