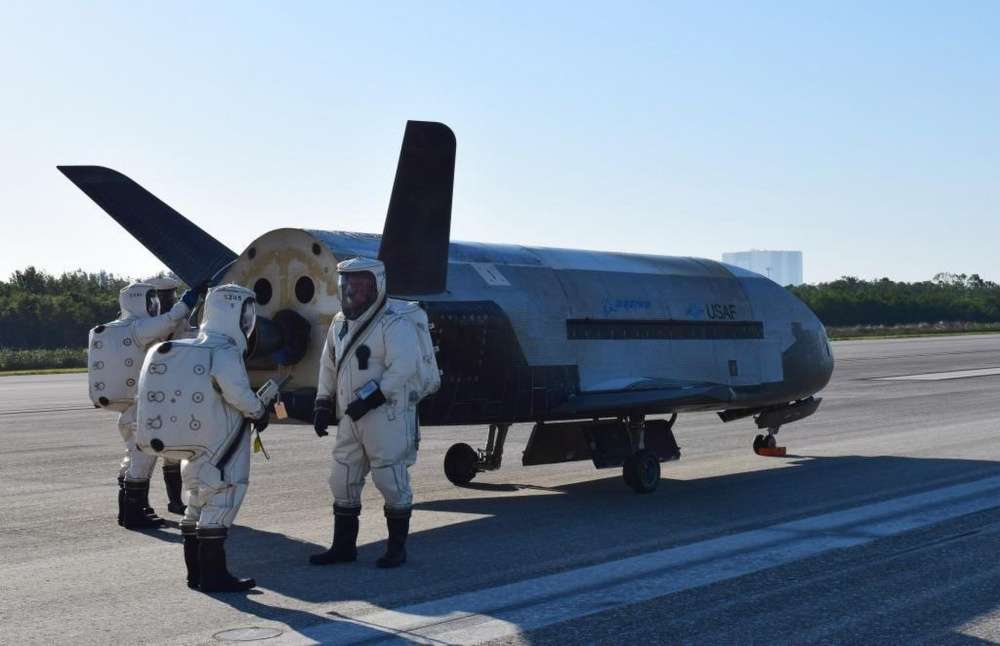 The X-37B is an uncrewed Air Force space plane that touched down at Kennedy Space Center’s shuttle landing facility.

Not much is known about the 30 foot long robotic spacecraft or what it took to space. It was the fourth mission of the X-37B, and the longest. The uncrewed, reusable spacecraft launched back in 2015, tallying more than 700 days in orbit.

“The landing of OTV-4 marks another success for the X-37B program and the nation,” said Lt. Col. Ron Fehlen, X-37B program manager. “This mission once again set an on-orbit endurance record and marks the vehicle’s first landing in the state of Florida. We are incredibly pleased with the performance of the space vehicle and are excited about the data gathered to support the scientific and space communities. We are extremely proud of the dedication and hard work by the entire team.”

The space plane conducted on-orbit experiments for 718 days during this mission, extending the total number of days spent in space to 2,085.

The X-37B launches on top of a rocket and returns to earth like the space shuttles did by gliding back to a runway. Previous missions landed at  Vandenberg Air Force Base in California. Sunday’s landing was the first at Kennedy Space Center.

The space plane’s development began in 1999. NASA wanted to use the vehicle to repair satellites in orbit. When that proved to be too costly, the Department of Defense picked up the project as a part of its Defense Advanced Research Projects Agency (DARPA). In 2006, the Air Force announced it would develop what is now the X-37B, and launched the experimental space plane for the first time in 2010.

The Air Force plans to launch the X-37B for a fifth time from Cape Canaveral later this year.