Secret Service Ready To Protect Biden And Sanders, But Hasn’t Been Asked 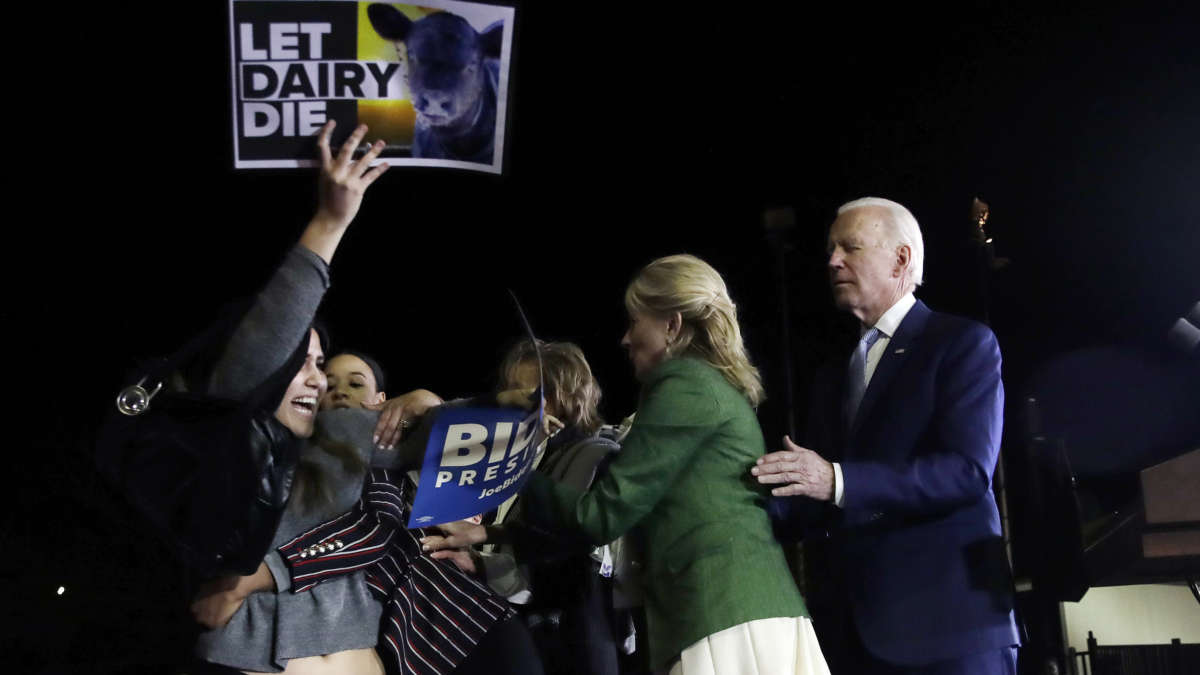 The Secret Service says it’s “fully prepared” to provide protection to the Democrats running for president. It’s just that it hasn’t been asked to yet.
The issue of who is protecting the candidates was raised in dramatic fashion on the night of Super Tuesday when anti-dairy protesters rushed the stage as Joe Biden was delivering a victory speech in Los Angeles.

They were blocked by Biden’s wife, Jill, and a campaign aide and escorted off the stage. The incident was “a wake up call” for Biden and his major rival for the Democratic nomination, Vermont Sen. Bernie Sanders, former Secret Service agent Jonathan Wackrow told NPR.

Wackrow, now managing director of Teneo, a consulting company, says Secret Service protection for both candidates “is absolutely necessary at this point in the game.” He says its not just about protecting the candidates but also “protecting the democratic process of our national elections.”

Rep. Bennie Thompson, D-Miss. agrees. The chairman of the House Homeland Security Committee says even though Tuesday night’s incident “didn’t lead to a violent situation, the potential for violence was there.” Thompson says if someone had an ulterior motive, “that was perfect venue for that to occur and we just can’t have that in this country, we have to protect our leaders.”

So why isn’t the Secret Service protecting Biden and Sanders?

In part, it’s up to the candidates themselves. According to a Secret Service statement, “Following a candidate’s formal request, the bi-partisan Candidate
Protection Advisory Committee, which consists of the Speaker and Minority Leader of the House of Representatives, the Majority and Minority Leaders of the Senate and an additional member selected by the committee, makes a recommendation to inform the decision of the Secretary of Homeland Security.” The statement notes that to date, the department has not received a request for protection.

Thompson, though, sent a letter to DHS earlier this week asking for the process to begin.

“Taking into consideration the remaining candidates’ large campaign operations, high polling averages, as well as physical threats to their safety,” the letter reads, “I urge you to immediately initiate the consultation process to determine whether to provide [Secret Service] protection to certain major Democratic presidential candidates.”

Former Secret Service agent Wackrow says the service is at the ready to provide protection to Biden and Sanders at a moment’s notice, saying it’s “been planning for this moment since the closure of the last presidential campaign.”
Immediately after the inauguration, he says, the Secret Service starts thinking about the next national campaign cycle. “They do after action reports to look back at were we adequately staffed, were our logistics appropriate through the last campaign. What can we do better?”

He says the Secret Service is constantly evolving its process, and that the agency determines “the appropriate level of manpower required for an anticipated level of candidates.”

The Secret Service says that as of last March, it identified “thousands” of agents, Uniformed Division Officers, and administrative support staff for what it calls the candidate protection mission, who were “rigorously trained as teams” at facilities around the country.

As vice president, Biden had Secret Service protection, but it ended a few months after he left office. And Sanders had protection in 2016. He told reporters Friday he thought there “had been some contact” between his campaign and the Secret Service about coverage this year.

Biden told NBC’s Today show the morning after the Super Tuesday incident that Secret Service protection is “something that has to be considered the more outrageous it becomes.”

The polarized state of American politics also is another reason Secret Service protection is needed, Wackrow says. “The left and the right have become so polarized and entrenched in this ideological rhetoric that can become and transcend on both sides into physical harm.”

Illustrating that point, on Friday night someone raised a flag with a swastika on it during a Sanders rally in Phoenix.