Second sinkhole opens up along Baseline Road near Ocala 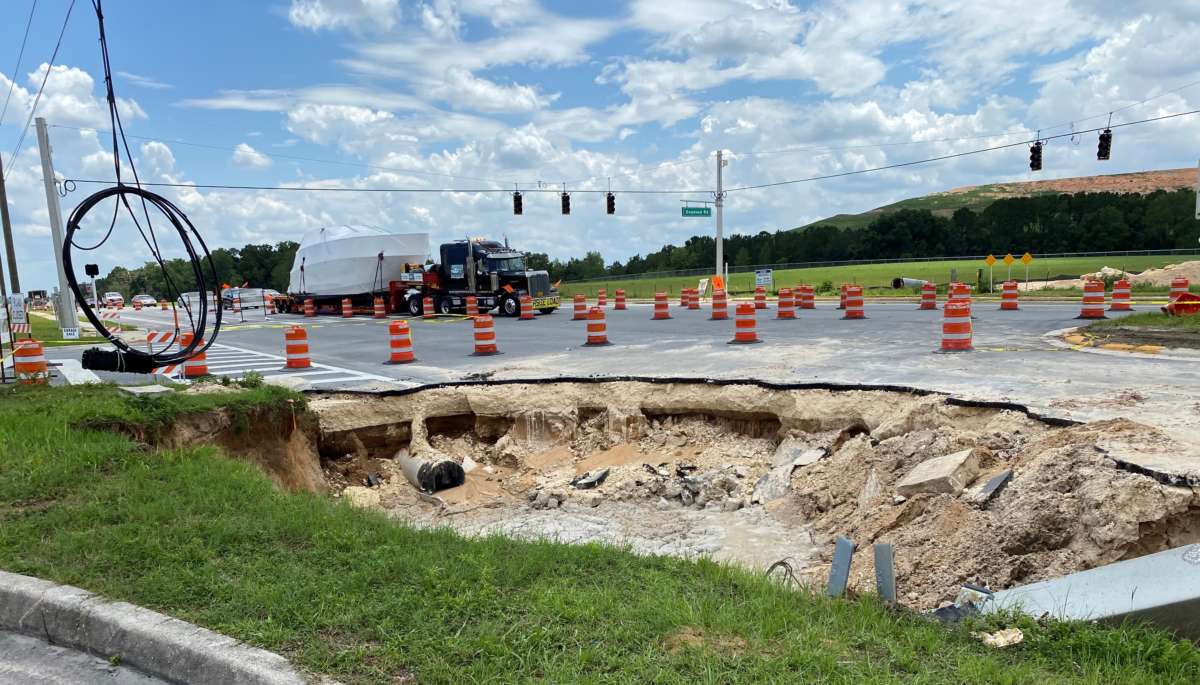 Traffic is being rerouted around a sinkhole on State Road 35 at Dogwood Road near Ocala. Photo: Joe Byrnes

A second large sinkhole has opened up along State Road 35 near Ocala.

The wide but shallow sinkhole is in a retention area on the west side of the highway — which is also known as Baseline Road.

A second large sinkhole has opened up on State Road 35 between Silver Springs and Belleview. Photo: Joe Byrnes

The two southbound lanes near Poplar Road were closed Tuesday evening, but the inside lane has since been reopened.

About a mile north, the Department of Transportation is rerouting traffic around a sinkhole that opened up Sunday morning, causing an accident.

That hole — estimated at 35 feet wide and 20 feet deep — has swallowed part of the northbound lanes at Dogwood Road.

The sinkholes are associated with heavy rains in recent days.

It is not clear when they can be repaired.