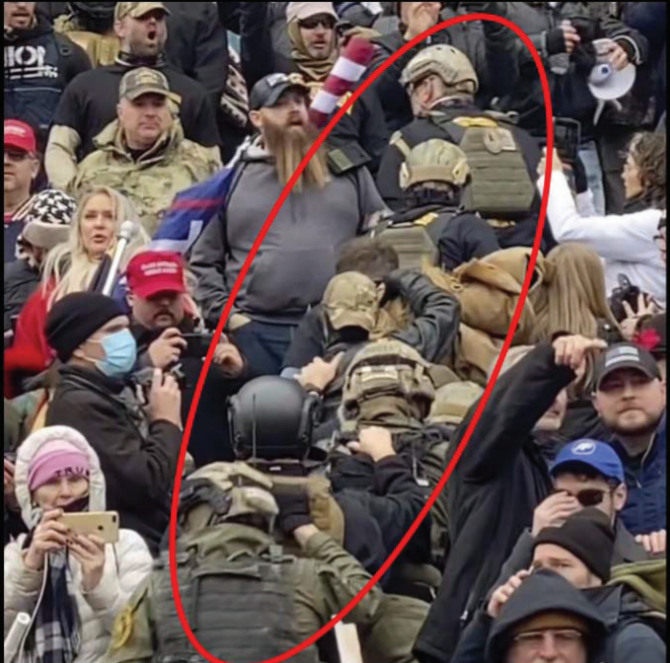 This altered image provided by the FBI shows members of the Oath Keepers in a "stack" formation on the U.S. Capitol steps on Jan. 6.

A second Florida man involved in the Oath Keepers conspiracy to attack the U.S. Capitol has pleaded guilty and agreed to cooperate with federal investigators.

Twenty-year-old Caleb Berry of Tampa pleaded guilty Tuesday to one count of conspiracy and one count of obstruction of an official proceeding.

He and an Englewood man, who pleaded guilty last month, admit they were there on Jan. 6 to stop the certification of Joe Biden as president by “intimidating and coercing government personnel.”

A federal indictment names 16 people — and Berry was charged separately — in a conspiracy by the Oath Keepers, a loosely organized anti-government group.

They say Kelly Meggs of Dunnellon was a leader of the conspiracy in Florida. He has pleaded not guilty and remains in custody pending a trial set for Jan. 31.

Overall, at least 535 people have been charged federally in the Capitol riot.