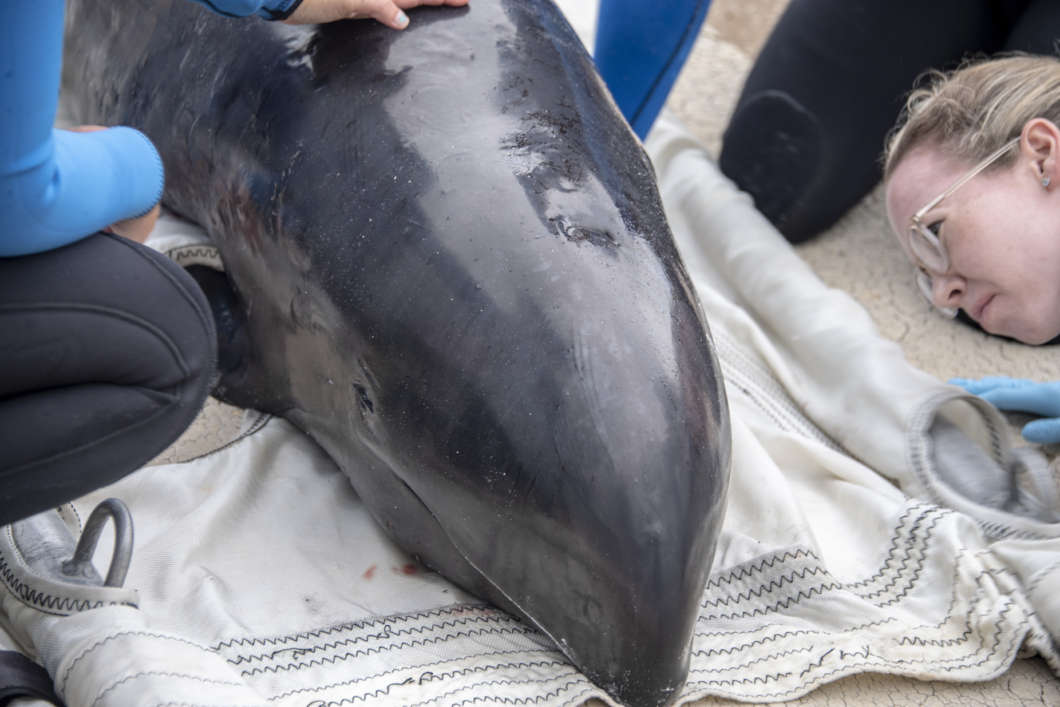 A melon-headed whale is in recovery at SeaWorld Orlando. Staff at the park’s rehabilitation facility are watching the 290-pound adult whale around the clock.

The SeaWorld Orlando Rescue Team and the Clearwater Marine Aquarium rescued the whale. He was found stranded on Clearwater Beach on Friday.

“Overall right now, for a stranded animal, he’s doing OK. The thing about stranded cetaceans is their success rates are usually pretty low because they strand for a reason, and they’re not able to show you real clearly what that issue is,” said Jon Peterson, manager of rescue operations at SeaWorld Florida.

The whale didn’t have any external injuries. Workers are treating the whale for dehydration and stress and running more diagnostic tests.

“These animals are supposed to be out in the water and when they come in [to the beach], just gravity itself puts stress on the body and you start seeing different signs from stress issues and infections,” said Peterson.

Peterson said the goal is to stabilize the whale and get his health back to 100 percent. It’s too early to talk about when, or if he will ever be released.

“Every animal that comes through the door, you have a personal tie to, getting attached like you would with a pet? We try not to, try not to, but that’s hard, when you work with an animal around the clock for weeks on end or months on end, or years on end, you’re always going to get attached in some way,” said Peterson.