SeaWorld Asks Feds for Loan After Furloughing Workers; DeSantis Prepares for Phase I of Economic Recovery; Lawsuit Over State’s Broken Unemployment System Heads to Court; Your Coronavirus Update for 4/29 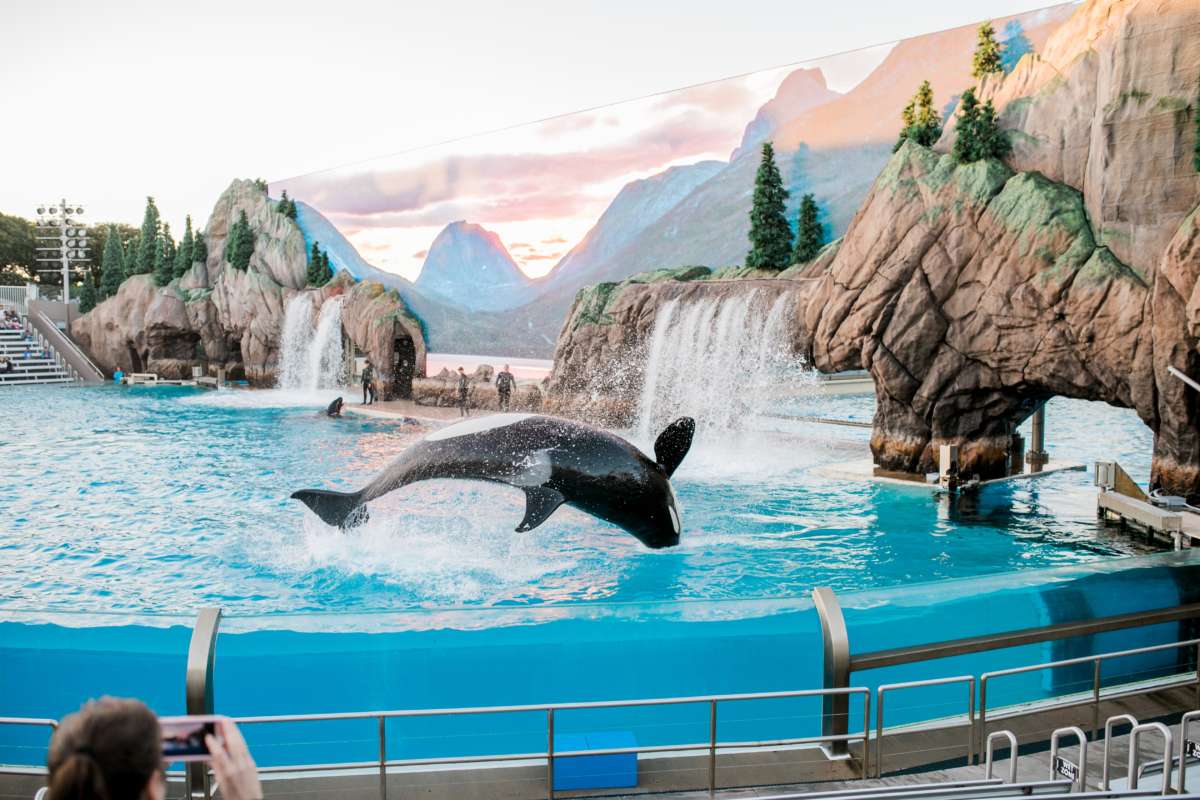 UCF will distribute $25.5 million dollars in federal aid to students facing a financial hardship due to COVID-19.

The university said it received $51 million from the CARES Act, half of which will be given to students struggling with expenses like food, housing, course materials and healthcare.

The federal funding was based on the school’s population. UCF will take applications through May 19.

The university said it will take about a month to distribute the funds once applications are received.

Central Florida hospital leaders have given recommendations for how businesses could get back to work by the end of the week.

The Orange County task force met yesterday, and Governor Ron DeSantis is expected to make an announcement today about phase I plans for lifting a statewide stay-at-home order.

Brady says they should also allow workers with high temperatures or with other symptoms to stay home.

He says the same guidelines apply to houses of worship like churches.

Brady says if outbreaks happen, they should be identified by zip code, allowing businesses in the area to temporarily close.

The Florida Education Association is asking the state’s education commissioner to create two groups that would guide how schools should re-open. These groups would be separate from the governor’s Re-Open Florida Task Force.

The FEA is encouraging Florida’s Education Commissioner Richard Corcoran to form two committees—one for PreK-12 schools, the other for colleges.

The organization also listed people that should be included in the committees such as students, parents, superintendents, school board members and community groups like the NAACP and the Hispanic Federation.

The FEA gave a statement saying that the committees if formed, would give recommendations on how to reopen schools and address issues like mental health.

A new report suggests Florida’s economy will take at least an $850 million dollar hit due to school campuses being closed during the coronavirus pandemic.

The study is from the Florida Council of 100 – a group of business leaders who advise the governor.

Governor Ron DeSantis decided last week students will continue distance learning for the rest of the school year — and as they stay home, their parents are not as productive employees.

The Council of 100 estimates that lost productivity will cost employers between $1.7 billion dollars and potentially many times that amount — if parents can’t find reliable child care once businesses reopen, for example.

As the governor looks at how to reopen schools, and the economy, the Council of 100 is recommending school districts offer teachers more training over the summer so they can better teach from a distance if there’s another outbreak of the virus.

The business group also says the state should offer more support to parents as they try to help their children with virtual education.

A massive spike in unemployment will lead to depressed sales tax revenue, and the Institute’s analysts claim COVID-19 will cause disruption worse than that of the Great Recession.

Out of a $150 billion federal coronavirus relief fund for states and local governments, $4.6 billion is going to Florida. Although none of that money can go toward supplementing revenue losses for the state, says the Policy Institute’s CEO Sadaf Knight.

“It included some stipulations on which expenses would be allowable under the Coronavirus Relief Fund, or CRF, and it did not include spending to directly address revenue shortfalls. This was confirmed last week in additional guidance that was published from the U.S. Department of the Treasury, which states that CRF funds cannot be used to backfill revenue losses and shore up state budgets,” Knight said.

Knight says allowable expenditures have to be directly related to helping address the public health crisis that is COVID-19. For that reason, Knight thinks states will need additional federal funding specifically for stabilizing their budgets, and Florida is no exception.

Florida A&M University leaders say they’re pleased to have received more than $6.5 million dollars in federal funding, but they warn the money won’t be enough to offset anticipated declines in enrollment come the fall.

Fewer students have enrolled so far than at this point last year. University CFO Alan Robertson says the school has also already gone through a second wave of funding meant to shore up school budgets.

“We have literally already blown through the institutional [dollars], so there’s some hopefully some additional dollars coming, and we’ll talk to you about that in the future.”

The loss of students means a drop in tuition, and in other auxiliary areas such as housing revenues and meal plans.

A 5 percent drop in fall enrollment would cost FAMU about $5.6 million dollars, a 10 percent reduction would cost the school more than $11 million. If summer enrollment falls, the school could lose millions more.

Florida’s colleges and universities are bracing themselves for budget cuts amid the pandemic.

As early as this Friday, the first part of a lawsuit against the State of Florida for its broken unemployment system will go before Leon Circuit Judge Angela Dempsey.

Gautier Kitchen is co-counsel in the suit along with the Marie Maddox Law Firm’s Julie Meadows-Keefe.

Over the longer term, Gautier and Meadows-Keefe say they’ll prove that the system, set up when U.S. Senator Rick Scott was governor, was designed to discourage applicants.

TALLAHASSEE, Fla. (AP) — Florida Gov. Ron DeSantis is getting ready to announce his plan to begin reopening the state.

He said during a meeting with President Donald Trump at the White House on Tuesday that he’ll announce plans for the first phase of reopening the state on Wednesday.

DeSantis largely painted a positive picture of how the state has responded to the virus outbreak, saying it hasn’t been as large a problem as many people predicted.

He said phase one of the reopening “is not a very big leap.” According to statistics released by the state Department of Health on Tuesday, Florida has had about 30,000 cases of the coronavirus, which has led to about 1,170 deaths.

But a labor group said this week that the theme park company is undeserving because it furloughed 95% of its employees. SeaWorld operates a dozen SeaWorld, Busch Gardens and Sesame Place parks across the U.S.

The company said late last month that it was actively trying to get assistance from the Federal Reserve’s Main Street Lending Program.

The program offers four-year loans of between $1 million and $25 million to medium-sized businesses. Principal and interest payments are deferred for a year.