‘Searching For A Mom’: A Foster Daughter Finds One – And A Voice Of Her Own 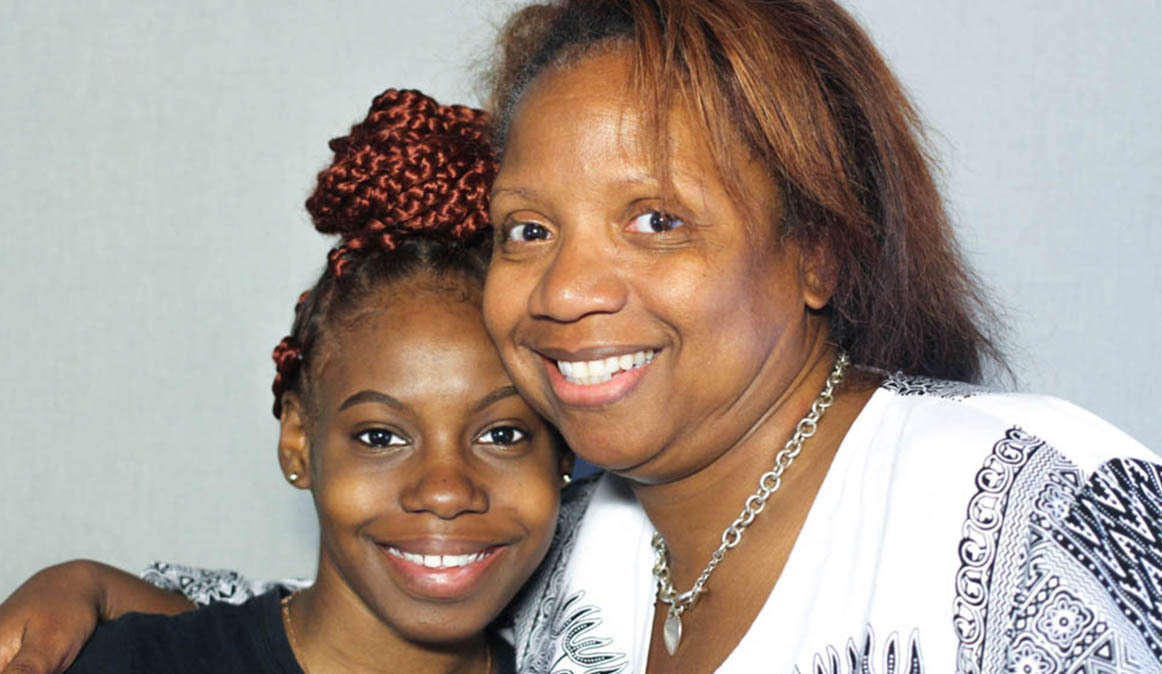 When Jade Rone, left, was first taken into Stacia Parker's care, she kept her feelings to herself. At their StoryCorps interview in Philadelphia in June 2019, Parker told her, "I was trying to develop your voice."

When she was a teenager in Philadelphia, Jade Rone’s longtime foster mother died. In 2015, she was left, once again, searching for a new family.

A few months later, she was placed in Stacia Parker’s home.

Rone and Parker sat down for a StoryCorps conversation in 2019 to remember those early days.

Rone, now 23, said that prior to being taken into Parker’s care, she felt like she was on her own.

“Nobody asked me how I was feeling. I just felt like I didn’t matter. So, when I was doing bad in school, I kept it to myself,” Rone said.

“I knew that you were quiet, and I knew that because you were quiet and petite, that people had not paid attention to you,” she said. “You wouldn’t use your words. You had no requests — not even specific food. I said, ‘This is unusual for a teenager.’ ”

Rone initially resisted Parker’s attempts to encourage her to be more vocal.

“Do you remember the day that you came to me and said, ‘I don’t want to live here’?” she asked. “You told me that the things I wanted from you were impossible.”

Rone laughed: “That sounds like something I would say.”

At Parker’s house, there were different expectations than Rone was used to.

“You said that it was no way you were going to learn to make a bed … be on time,” Parker said.

She also wanted Rone to continue practicing the violin, an instrument she picked up before moving in with Parker.

“As an African American female, society was already going to marginalize you,” Parker said. “So, I was trying to develop your voice.”

Rone remembered Parker asking her questions about what was going on in her life.

Rone also asked what Parker has learned from her.

“You’ve taught me the power of love,” Parker said. “You really helped me see that not only do I know what your needs are, but that I know how to meet them.”

“I’m glad,” Rone said. She’s grateful for all the energy Parker has put into caring for her: “I want to thank you for everything. Because if you would not have pushed me, I don’t think I would be anywhere near where I am right now. I’ve been searching for a mom all my life.”

This weekend, they will celebrate their fifth Mother’s Day together and will be joined by Rone’s two young daughters.

Audio produced for Morning Edition by Kamilah Kashanie. NPR’s Emma Bowman adapted it for the web.