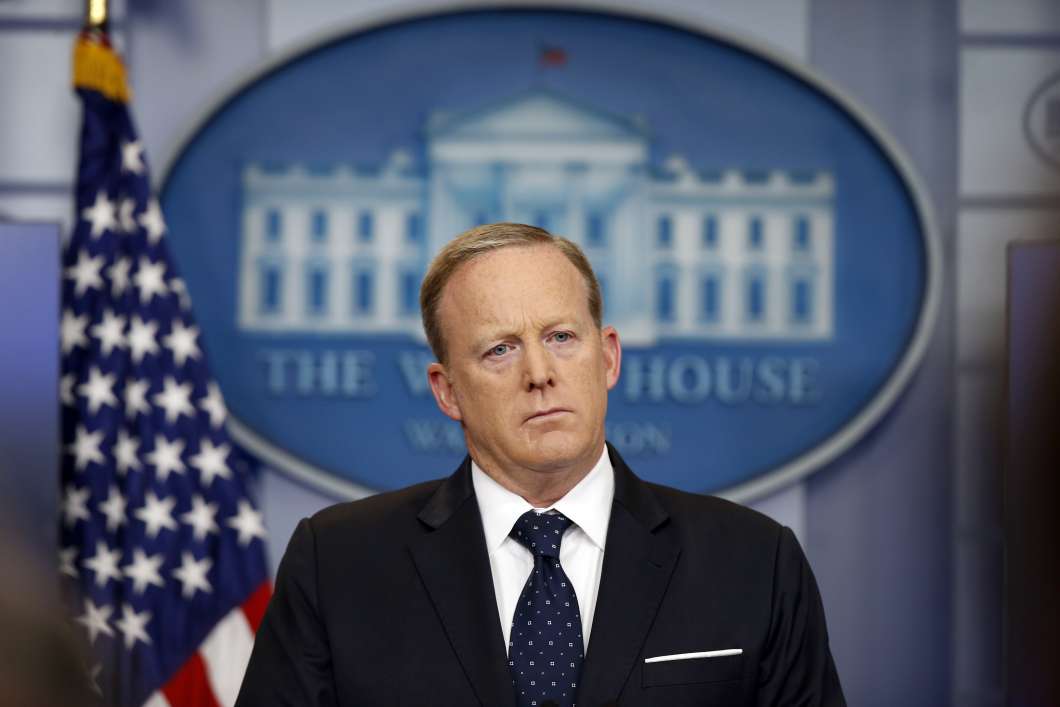 Sean Spicer is out as White House press secretary. Spicer formally tweeted word of his resignation after it had been reported by multiple media reports.

Prior to joining the Trump administration, Spicer had been communications director for the Republican National Committee after stints as spokesman for House Republicans and for George W. Bush’s trade representative.

As Trump’s spokesman, Spicer has had a embattled tenure at the White House. His briefings with reporters were contentious from the president’s first days in office, when Spicer falsely said the size of the crowds at Trump’s inauguration were larger than at President Barack Obama’s.

He was mocked on NBC’s Saturday Night Live in a caricature played by Melissa McCarthy. As Spicer, she confessed the press secretary and the press corps had gotten off to a rocky start: “When I say rocky start, I mean in the sense of Rocky, the movie. Because I came out to punch you in the face. And also, I don’t talk so good.”

Spicer faced a difficult task at the White House, called on to defend and explain Trump’s tweetstorms, while under the constant gaze of his boss, who at one point was said to have been unhappy with Spicer’s wardrobe.

A devout Catholic, Spicer was kept out of Trump’s audience with Pope Francis during a recent overseas trip.

In recent days, many of the White House briefings have been conducted by Sarah Sanders and off-camera.