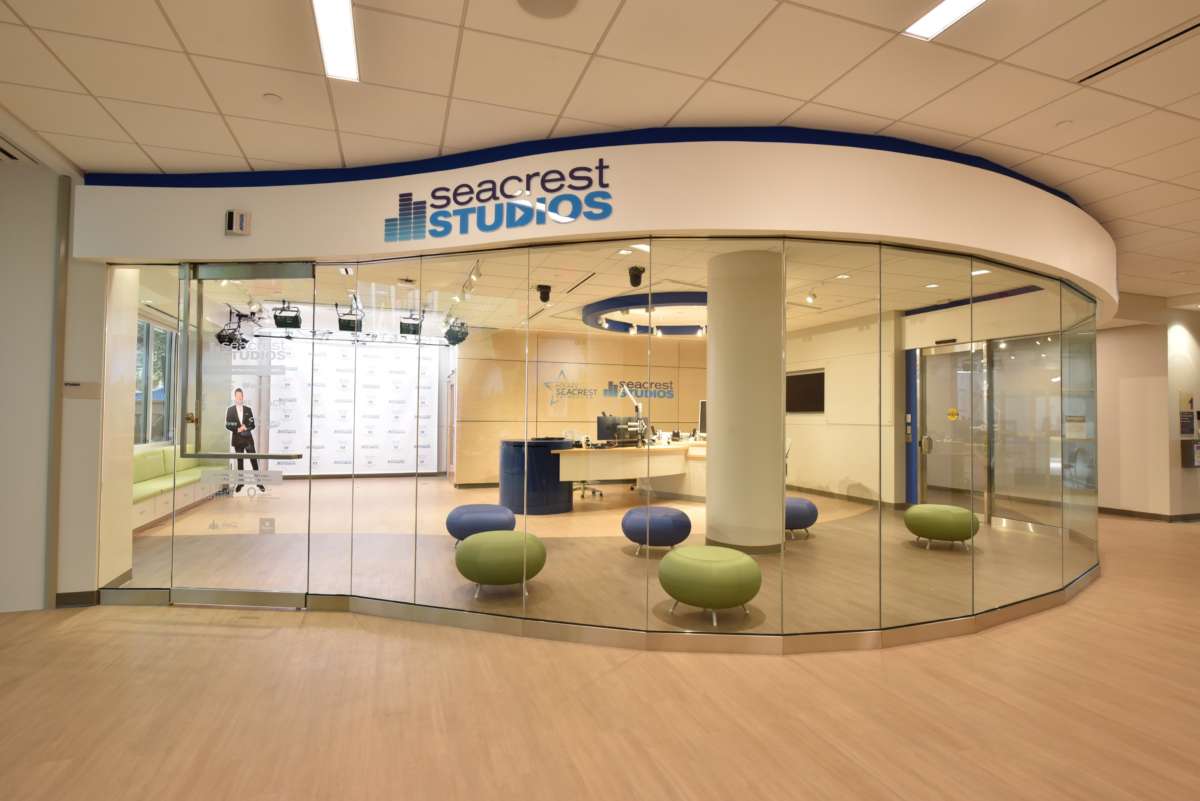 Pediatric patients will be able to host their own show, watch live musical performances and play online games at the new Seacrest Studios at the Arnold Palmer Hospital for Children.

Yesterday was a special day! We virtually launched Seacrest Studios at our hospital. We are grateful for our partnership with @RyanFoundation. Thanks to @RyanSeacrest and @justinbieber for being part of the celebration! #SeacrestStudios #SeacrestStudios11https://t.co/Zel8Cnj1WW

The 1,200 square foot broadcast media studio on the first floor of the hospital was donated by radio DJ Ryan Seacrest and his family.

Patients will be able to come down to the studio to interview celebrity guests in person or phone into multiplayer games from their rooms.

Broadcast coordinator Anthony Grier says the goal is to encourage these young people to be creative and inspired while teaching them skills in radio and TV.

Projects are patient driven and child life specialists are involved throughout the process.

Grier says it’s also been a great escape from treatment, in the case of one young patient who helped them anchor this week, for example.

“I remember recording a voice over of one of the patients. Like a liner. Like he was introducing himself. I think he almost forgot he did it. Because we did it on a Friday. And he came back on a Monday. And I played it for him and his eyes just lit up.”

Patients can participate by calling the Seacrest Studios hotline. Healthcare providers are also encouraged to participate.