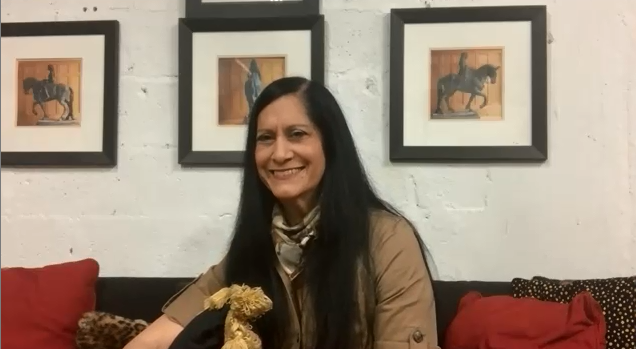 Mary McLeod Bethune will be the first African American Woman to represent a state in the U.S. National Statuary Hall in Washington D.C. Nilda Comas was chosen from 1600 sculptors to create the statue.

Comas  talked to WMFE’s Talia Blake about capturing the essence of Bethune in a sculpture carved from Italian marble.

Comas says the statue will initially be unveiled in Pietrasanta, Italy on May 7. They are looking to reserve the Capitol rotunda to inaugurate Bethune into the Hall on her birthday July 10.

Read the full conversation below:

Talia Blake: So out of 10 finalists, you were the only woman and the only one thinking about a different material to sculpt the statue out of?

Nilda Comas: The National Statuary Hall was created for marble sculptures and the lighting reflects that. And throughout history, the highest honor that you can give a person is to sculpt them in marble.

Blake: Bethune will be the first African American woman in the National Statuary Hall to represent a state. She taught herself how to read at a young age and bought a garbage dump that would later become Bethune Cookman University. How do you capture such a multi-dimensional woman into this sculpture?

Comas: Well, it wasn’t easy, but the more I got to know her, the more I could visualize her. When I went to the Library of Congress, I was invited by Congresswoman Kathy Castor. She introduced me to the reference specialist, Dr. Moses. And she already had like, a three ring notebook for me to take to Italy was 284 photographs. She had a table full of different mementos and notes that Dr. Bethune had written. It came to mind. I said, “you know, what, is there any way that I can hear her voice?” They played some of her different talks. I heard her voice and right away, I could visualize her. It was like, right instant. Also, they showed me at the museum at Cookman, the cane that President Roosevelt gave her. It was very special. She always held it even though she didn’t need it to walk. So I said, she was going to have that, where she’s going to lean on that. Then her other hand, I saw black roses, in a vase. I asked about it and they told me how she had received a black rose from an English garden in Switzerland when she went to accompany President Roosevelt to sign the agreement for the United Nations for the first time.

Blake: That is all so interesting. I kind of want to touch on something you mentioned at the beginning of that, which is that when you heard her voice, it sounds like that’s what really opened up who she was to you. And that’s what shed the light, like, ‘I know exactly what I’m going to do.’ Voice and the power of voices is so important. Did you know anything about Mary McLeod Bethune, before you got those three binders when you were commissioned to do the work?

Comas: Well, yes, as soon as she was chosen. And even before that, I studied the candidates, there were 10. So I had studied the different candidates, and I looked into Dr. Bethune, but I didn’t know it too well.

Blake: And I know you kind of were telling me what is in the sculpture, you know, she’s holding the rose leaning on the cane, but can you really describe it for our listeners? What does it look like?

Comas: I wanted to create a sculpture that showed , what she accomplished, and at the age where she had to accomplish the most. So she needed to be at the age when she had already been in Washington, DC. You can see that she’s maybe 70 years old or so. She has a lot of confidence the way she’s standing, and she has a slight smile of confidence, and of friendliness and  satisfaction of what she had accomplished.