Scott to “hold the line” on graduate school costs 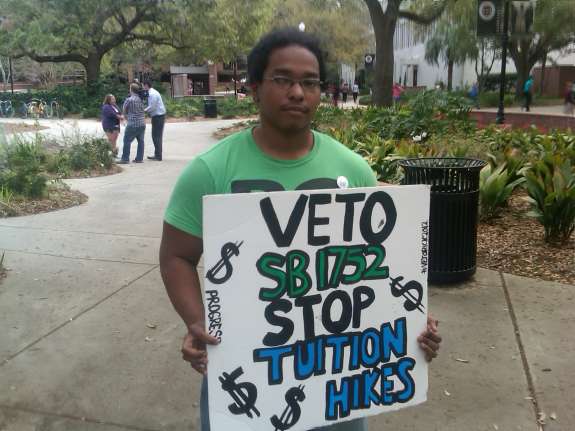 After years of pushing to keep undergraduate tuition down at the state’s public colleges and universities, Governor Rick Scott is now targeting graduate degree programs.

The federal government says tuition now makes up the greater share of funding at public colleges and universities across the country. The same is true for Florida, where dollars paid by students are greater than the state’s funding to the schools.

The Florida legislature recently stopped allowing the state university governing board to approve tuition hikes for undergraduate programs, and Governor Rick Scott said he’ll look at doing the same for graduate programs. “We’re going to have more $10,000 degree programs in our state colleges. And we’re going to hold the line on graduate college tuition,” said Scott.

Governor Scott has made low-tuition at the state’s public colleges and universities a priority during his time in office, and during his inaugural speech, he continued his push or more science and technology based programs in those schools.