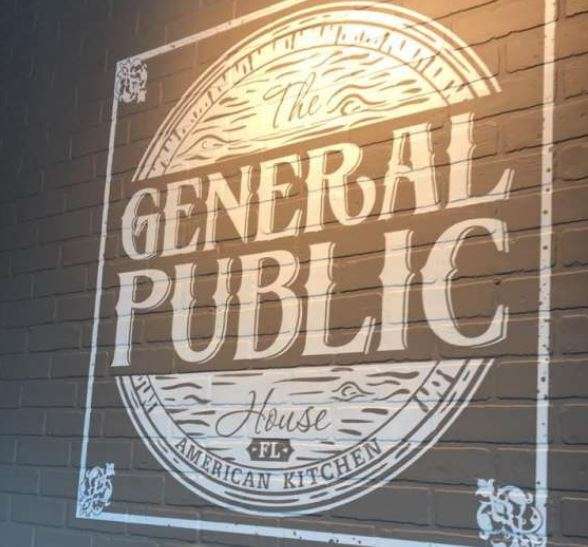 Today’s review is for the General Public. Yes, all my reviews are always accessible to anyone, no membership required.

What I mean is that today I’m reviewing The General Public House, a restaurant in Winter Springs. It seems to combine the characteristics of a general store and a public ale house. So, General Public.

Let’s start with the food. It’s all solidly good and everything I sampled tasted great. Pleasantly plated, too. In fact, I was surprised at how good the food was.

Surprised because so much of what I observed and experienced before the food got to me and my guests did not suggest that good food was soon to come.

The entrees, run from $19 to $28. Not unreasonable amounts, but when a restaurant reaches that price point, there are certain other expectations.

For example, I don’t expect the water glass to be a large plastic tumbler emblazoned with Pepsi-Cola. I expect a cloth napkin, but if you do choose to go the paper route offer something other than flimsy tissues that tear with one mouth wipe. I don’t mind that the flatware is offered in a brown paper sleeve. But a server, when clearing the appetizer course, should never utter one of the most vile phrases one can say to a guest: You may want to hang on to your knife and fork.

And put them where? On the bare tabletop? On one of the flimsy napkins that you’ve stacked in the center of the table? Back into the brown paper sleeve that you’ve not bothered to clear from our table?

But the food is good. Well, except for the Florida Gator Tail, but truthfully, I didn’t expect much from it. Still, at $14 for six hard nuggets, it was a pricey novelty.

But things soared from there. My entree of Stuffed Chicken featured a winged airline breast of free-range chicken stuffed with prosciutto and goat cheese, ladled with a truffled reduction that included big chunks of mushrooms.

My guest’s Redfish was served blackened and with a lobster sauce. The fish had a firm texture and the blackening seasonings didn’t overwhelm.

From the list of Hand-Helds, because we can’t just call them sandwiches these days, another guest chose the Florida Mahi. Another fine fillet, served on what the menu called “grilled farmers bread.” I didn’t ask the proper method for grilling a farmer.

I liked my server very much and couldn’t help thinking how much better he could do his job if he received some training. I’m not sure who would do that. I couldn’t be certain that any of the staffers I saw in the dining room was a manager. Maybe one of the persons wearing a flannel shirt. The serving staff wore t-shirts, some of which looked as though they needed laundering soon. My advice to restaurateurs has always been that the staff should dress better than they expect their guests to dress. Apparently, they expect us to wear bathrobes.

The noise level is high, but that’s to be expected from a public house, generally.