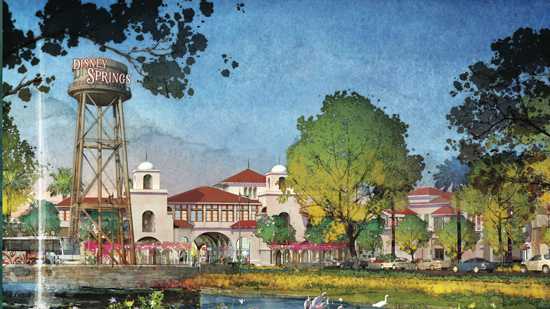 Two celebrity chefs are rumored to be in talks to open venues at Disney Springs, which is currently under construction. Photo: Disney

Lots of news to report about local restaurants.

Mingos has closed its downtown restaurant. That wasn’t unexpected given that the financial partner was recently indicted for fraud. Another Mingos in the DoubleTree hotel near UCF is now known as The Bistro. Needless to say that the other Mingos that had been announced by the company aren’t going to happen.

You might recall that not very long ago Bananas American Diner became Mills Brewpub, which was distinguished by being a brewpub that did not brew beer. It’s now Divas Dinner Theater, where you’ll be able to watch drag queens lipsync to songs while you eat dinner or Sunday brunch.

The folks at Citrus are planning a new restaurant in the just-opened Nora apartments nearby in the area of downtown now known as the North Quarter. It will be called North Quarter Tavern.

Olv, the oddly named restaurant in SoDo — that’s South of Downtown — which had closed abruptly a couple of months ago is back open. So I lost that bet.

And speaking of abrupt closings, Elliott’s Public House, which I reviewed in September just after it opened, has a sign on the door that says it is closed for renovations. But I think we all know what that means.

Bryce Balluff, who was one of the owners of Fork in the Road food truck and the recently opened Southern Moon Smokehouse has turned over the truck and business keys to his partners. Both smokehouse and food truck will continue operating.

And at Walt Disney World, two celebrity chefs are rumored to be in talks to open venues at Disney Springs, which is currently under construction. They are Art Smith, a former personal chef to Oprah, and Rick Bayless, who owns Mexican themed restaurants in Chicago. No official verification from Disney on either of those, but remember you heard it here first.