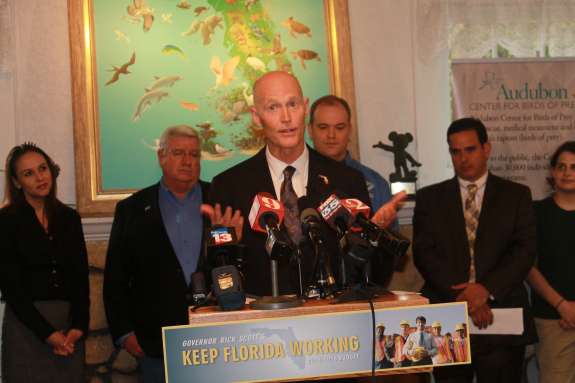 Governor Rick Scott’s denial that he banned phrases like “climate change” from reports and speeches is no surprise to one former employee of the Department of Environmental Protection.

Chris Byrd now works as an environmental attorney in Orlando. He says he hopes the scrutiny forces the administration to re-examine climate change in Florida.

“The people of the state of Florida deserve a state government that is rooted in science and has a Department of Environmental Protection that is not censored from using certain words and can address the real time environmental issues that Florida faces today.”

The governor’s position on climate change is vague. He’s said he’s quote, “not a scientist.”