Scores show up to honor WWII veteran in Leesburg 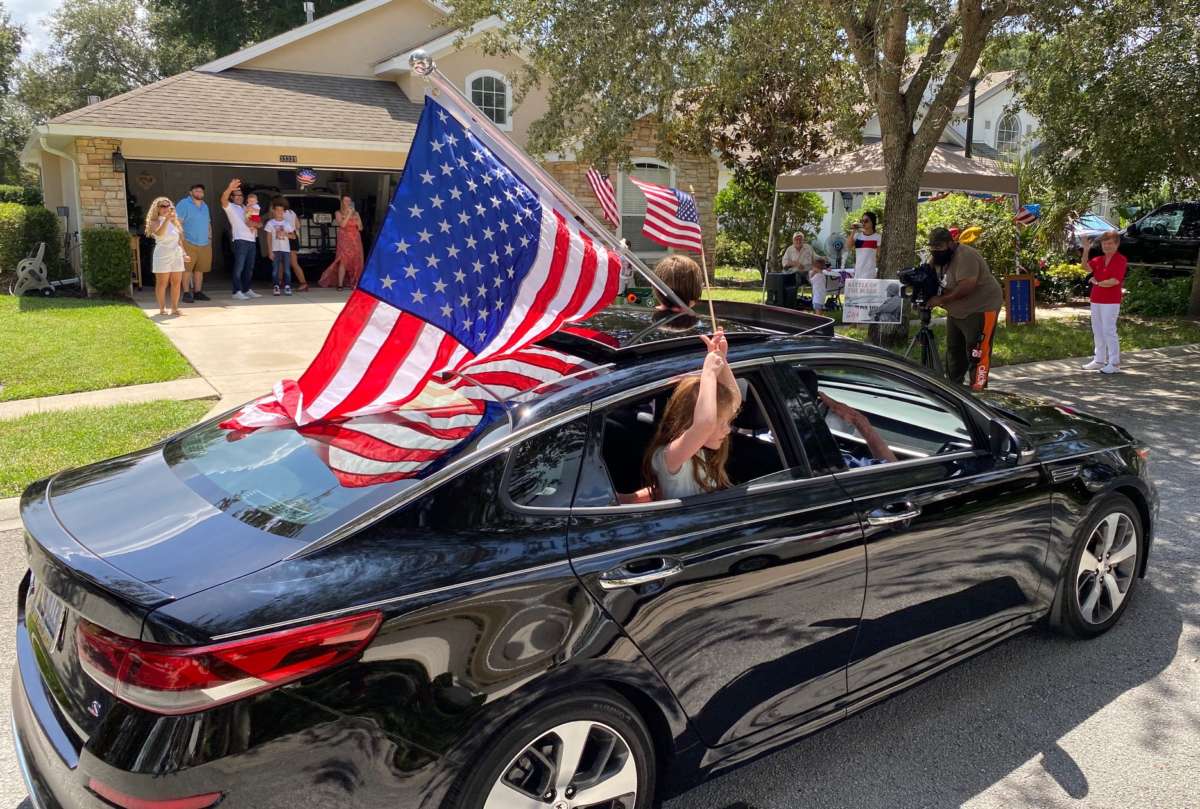 Scores of motorcycles and cars filed by the home of a 95-year-old World War II veteran in Leesburg Sunday afternoon.

John Bellefontaine watched the parade of cars from under a tent in his front yard. Photo: Joe Byrnes

John Bellefontaine served with the 551st Parachute Infantry Battalion, which fought valiantly and lost most of its men in the Battle of Bulge in January 1945.

His daughter Deborah Fike said he had hoped to travel to Belgium for a ceremony this year but could not.

She thought Labor Day would be a good occasion to celebrate his service and posted notices on Facebook.

The response was overwhelming.

“It was unbelievable,” Fike said. “Then to have the V-F-W come out and honor him with rifles. It was just an overwhelming experience.”

Bellefontaine sat outside under a tent with his family around him.

Several of the bikers gathered near the tent and thanked him. Bellefontaine welcomed them and the others with a broad smile.

“It was a big surprise,” he said, “and they were very welcomed and I appreciated it.”

Later, he spoke of his lost comrades and that crucial battle in the bitter cold more than 75 years ago.

They had no artillery support, no tanks, and the German army had the high ground.

“And they had machine gun positions,” he said. “And they just mowed us down.”

Daxton Fike, left, and Noah Betances wore t-shirts with their great-grandfather’s picture on them at a special event for the World War II veteran in front of his home in Leesburg on Sunday. Photo: Joe Byrnes

But the 551st met its objective, blocking a German advance. And Bellefontaine was hospitalized with frozen feet.

His daughter said she was impressed by Lake County’s love for its veterans.

“I’m just overjoyed that my dad could have such a special day.”